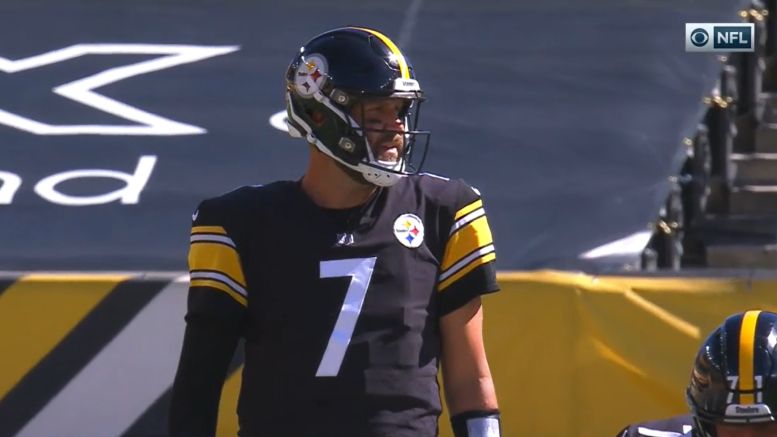 Ben Roethlisberger began the first player in Pittsburgh Steelers history to start over 200 games back in 2018. Today, he tied Mike Webster for the most games played in team history at 220. There are only two games for which he has ever been active in which he did not start, most recently in 2015, when he was nursing an injury and the team chose to start Landry Jones—who promptly was injured, and resulted in Roethlisberger needing to come in and take over and win the game.

Performance-wise, it was another fine albeit perfect game, completing 29 of 41 passes for 311 yards with two touchdown passes (now five on the season), but he also threw an interception, should have had a second, and had two passes batted down on consecutive plays. Sometimes these things happen, no matter how many games you play.

Of course, nobody has played more seasons with the Steelers in franchise history than has Roethlisberger, now in his 17th year with the team, even if he only played in two games last season. And unlike Webster, it was only three games into his NFL career before he took over a starting job. Webster, a Hall of Famer, began his time playing behind Ray Mansfield at center, a quality player in his own right.

When Roethlisberger came in as the 11th-overall pick in the 2004 NFL Draft, the Steelers were come to the close of the Tommy Maddox era, who was the Comeback Player of the Year in 2002 after having success in the first incarnation of the NFL. needless to say, the 2003 season didn’t go as well, but as a consequence, that has been the last time the Steelers posted a losing record, resulting in their being in position to draft Roethlisberger and help turn their fortunes.

It’s fair to say that some good things have happened during that time. Two Super Bowl trophies, three trips to the Super Bowl, five appearances in the AFC Championship game. The Steelers have the second-best record in the NFL since 2004, behind only, of course, the New England Patriots, the only team to win the Super Bowl more than twice during that span.

But while 220 games played is being celebrated, it’s important to remind that, right now, this isn’t about the past, and looking back. This is about the games Roethlisberger has left to play. The Steelers are still very much competing for Super Bowl with their 38-year-old quarterback.

Only five players in Steelers history have played in 200 or more games, including Hines Ward, who played in 217, as well as Donnie Shell and Mel Blount, two Hall of Fame members of the Steelers’ Super Bowl defenses of the 1970s. But only Webster (194) and Ward (190) had at least 190 starts.

In case you were wondering, Roethlisberger only ranks 70th all-time in games played in NFL history, though if he plays the whole season, he would tie John Elway (and many others for 41st. His 218 starts ranks 44th, coincidentally surpassing Webster, who played two seasons with the Chiefs after his Steelers career. He can tie for 25th by the end of the year.