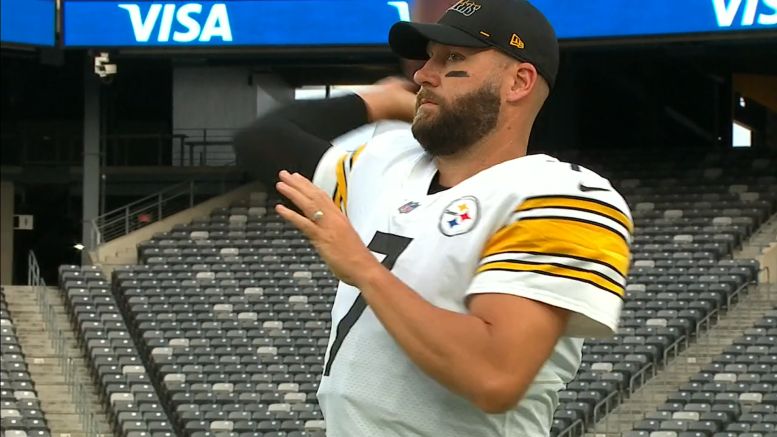 Ben Roethlisberger is one of the oldest and most experienced players in the NFL. Few can boast his accomplishments, most of which rank in the top 10 to ever play the game at his position. He is 38 years old and is in his 17 season playing for the same team, and his 14th playing for the same head coach.

He’s been there and done that and then once more around the track for good measure. You don’t get much more ‘seasoned’ than that.

Still, he was very open about the fact that he was experiencing a good deal of healthy nerves and anxiety about returning to play this season. After all, he was attempting to come back from an injury that, to the best of the available knowledge, no quarterback has ever suffered and returned from.

While he has played through most of his career with a small tear in his tendons in the elbow of his throwing arm, which has caused him some pain and discomfort, three tendons snapped during the Steelers’ game against the Seahawks in week two last season. It took surgery and months and months of rehab work to get him back to where he is.

And by happenstance, he admits, the nature of the 2020 season in light of the Covid-19 pandemic was actually helpful for him, as he told reporters yesterday. Without the glitz and glamour of the typical NFL outing—not to mention a primetime season opener in the largest market in the league—he was able to slide into a seeming dress rehearsal of his usual routine.

“Pulling into the stadium and not having tailgaters and not seeing fans, I definitely had some jitters on the bus ride over. But when you pulled into the stadium and not seeing all that usual buzz before the game, it definitely calmed me down a little bit”, he said, via a transcript provided by the team’s media department, adding that it was also nice not to have cameras in his face coming off the team bus.

“I don’t want to call it a glorified practice”, he said of walking out into and playing to an empty stadium, “but not having any fans was really hard to describe and helped ease the nerves because you know every week people are watching on TV, that doesn’t bother you. But not having the screaming fans was definitely different”.

Still, now that the jitters are out of the way, and the Steelers are returning to Heinz Field, the story is a bit different. As he reiterated what he had previously said, one of the things he was most looking forward to in his recovery was running out of the tunnel to screaming fans in Pittsburgh.

“To not have that this time is going to be—I’m going to be a little disappointed”, he admitted. “I know they will be there when it’s time”.