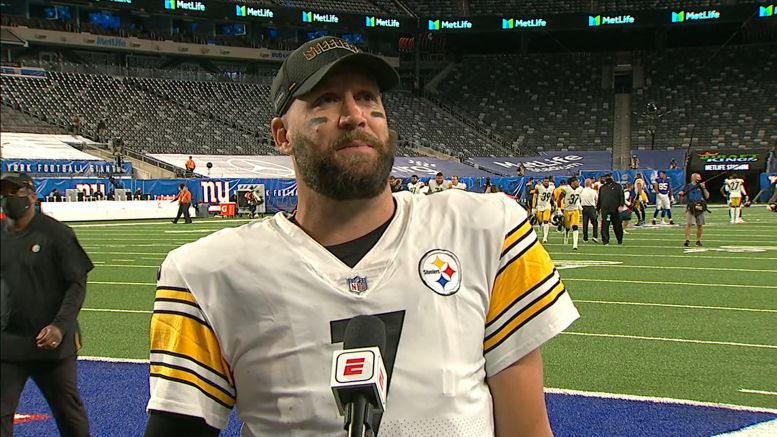 Reasoning: Though his early jitters were evident, he missed a couple of throws, and his comfort level in the pocket is still a work in progress, Ben Roethlisberger showed during his performance on Monday night that he is fully capable of being his ‘old self’ playing with his surgically-repaired elbow, which cost him the vast majority of the 2019 season.

Oh yeah, remember this guy? Considering the colossal significance of his return, we probably haven’t proportionally talked much about Ben Roethlisberger since Monday night’s game, during which he completed 21 of 32 pass attempts for 229 yards and three touchdown passes—the 50th three-touchdown game of his career, tied for the eighth-most in NFL history.

There were a few throws that Roethlisberger would surely like to have back, notably two open misses to Eric Ebron and Benny Snell. There were moments where he clearly felt uncomfortable in the pocket, feeling real pressure for the first time in almost a year, something that he openly acknowledged on Wednesday as something that he has to work on.

The best news to me is that there is still room for him and the offense to look better. He is still getting comfortable with Ebron, whom he only targeted twice, his other target being a key third-down conversion, and Diontae Johnson, whom he targeted a game-high 10 times.

As he gets more live snaps under his belt and more experience playing with some of these key weapons (let’s not forget about Chase Claypool, either), he is only going to look better and better. And the defense should provide him with more opportunities and better field position than the league-worst average starting field position he had in 2018 when the Steelers finished sixth in the league in points per game.