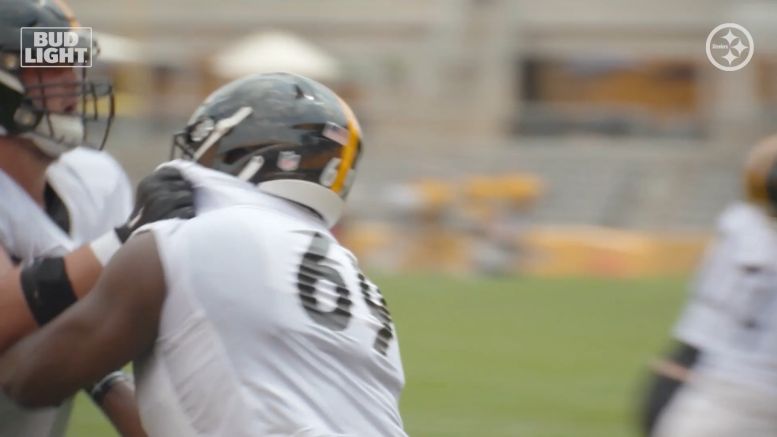 Reasoning: While the rookie offensive lineman had to miss a chunk of time in training camp because of a scary knee injury, he has been back on the field for over a week, and has even drawn some positive praise for his work on the field, expressing confidence in his own abilities.

Despite the fact that he missed out on OTAs, rookie minicamp, and mandatory minicamp—despite missing a chunk of time in training camp, and without the preseason—rookie guard Kevin Dotson has seemingly made the most of the few opportunities he has had.

The strongly-built rookie has been noted on multiple occasions as having had success in practice, particularly when participating in one-on-one drills, including against the team’s starting defensive linemen, whom, in case you have forgotten, are very good. He himself said that he came away from that feeling like he could hold his own.

Although it was more a matter of circumstance, Dotson last week even got some work with the first-team line. With both Maurkice Pouncey and David DeCastro sitting out practice, he lined up at right guard while Stefen Wisniewski was installed at center.

It was premature, frankly, for people to expect him to take over a starting job right out of the gate. However, what he has shown so far—or at least how it sounds on paper, purely in a practice setting—has made it sound as though he is the player that they felt he was when they drafted him.

He figures to serve as the team’s eighth lineman during his rookie season, which will have a different meaning than it usually does. Under the new CBA rules, teams will have the option of dressing an eighth offensive lineman (and only an offensive lineman—and only with seven others dressed) without it counting against their gameday helmets.

In other words, he will probably be available for the team to use in-game this year if they so choose. They could get creative with heavy sets, using two extra linemen at the goal line, and things of that nature. They use the tackle-eligible in part to give young linemen playing time experience. There’s an opportunity.