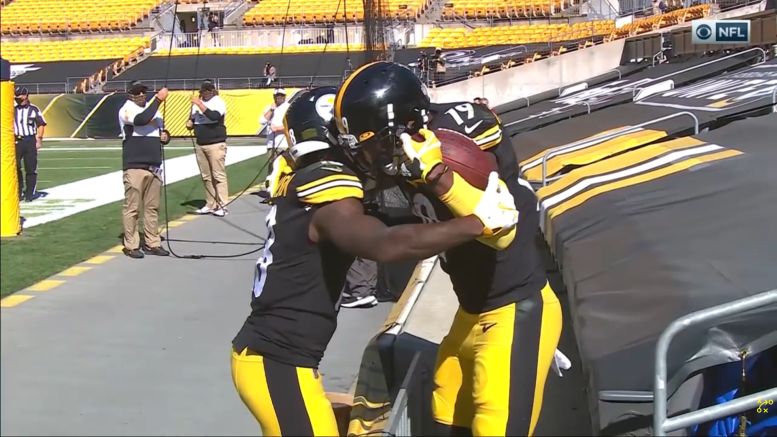 Question: Can the Steelers build a streak of turnover-free football after breaking a 25-game streak of at least one giveaway?

In the NFL, it’s not easy to protect the football for 70-plus plays per game, plus special teams. Last year, for example, there were only five teams in the NFL who turned the ball over fewer than one time per game on average, and only two had fewer than 15. The year before, only two teams had fewer than 16. You get the idea.

So far in three games, the Steelers have turned the ball over three times, including twice in week two, but none on Sunday in their 28-21 win over the Houston Texans. It was the first time since week 10 of the 2018 season in a win over the Carolina Panthers that they protected the ball well enough to have zero giveaways for an entire time.

So far this year, Ben Roethlisberger has only thrown one interception, though he has had a few other throws that were ‘dangerous’. They have put the ball in danger with fumbles a few times, only losing two, one being Diontae Johnson’s on a punt return. This team can play error-free ball. Will they?