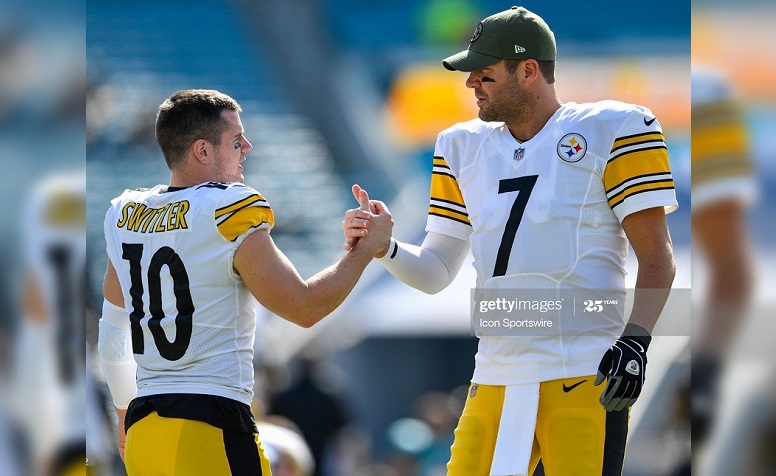 Pittsburgh Steelers wide receiver Ryan Switzer apparently had a good practice on Wednesday as he was the media’s choice to have a zoom session afterwards. Right off the bat, Switzer, who is now in his third season with the Steelers, was asked to comment on how he manages to keep a positive attitude in light of the seemingly large amount of negativity that he faces almost daily from the team’s fan base on social media.

“I’m blessed, man,” Switzer said. “I don’t know. I’m comfortable in my own skin. I’m comfortable with who I am as a person. Yeah, there’s a lot of negativity, but if you live for someone’s approval, you’ll die for their criticism. So, good, or bad, you can’t listen to it. It comes with the territory and you’ve just got to push forward.”

One big play that Switzer reportedly made during Wednesday’s practice included him making a nice catch near the sideline in a two-minute drill situation. He was asked about that play after Wednesday’s practice and if he believes that catch is an example of what he can bring to the Steelers offense in 2020.

“Yeah, I mean, in my mind, there’s no limit on what I believe that I can bring to this offense,” Switzer said. “And I pushed myself really hard this offseason because I believe I can help this team win a championship.”

Switzer went on to say that he feels he needs to prove a lot of people in the Steelers organization, who have believed him so far, right in 2020 with the primary person being quarterback Ben Roethlisberger.

Switzer seemingly was with Roethlisberger quite a bit throughout the offseason and that’s resulted in him being accused by many in the fan base of kissing up to quarterback. On Wednesday, Switzer was asked if he thinks his good rapport with Roethlisberger might work in his favor this offseason when it comes to him potentially making the final 53-man roster. Additionally, he was asked if knows how much pull Roethlisberger might have within the organization when it comes to which receivers are ultimately kept on the roster.

“I think it’s always important in any walk of life to have people that are in your corner, to have people that believe in you,” Switzer said. “And football and this industry is no different. I’m fortunate to have a quarterback who understands my skillset and my ability and what I’m capable of doing. I don’t know, per se, what say he does or doesn’t have in terms of roster spots or this and that. I don’t really concern myself with that.

“I try to go out there and take advantage of each rep that I get with him, because he’s done pretty much everything you can do as a professional football player. He’s seen pretty much everything that you can do. He’s played with every type of receiver. So, I trust his opinion. I trust what he has to say. If he says something’s not right, or he says something can be better, 99.9% of the time, something’s not right and something can be better.”

Switzer’s 2019 season wasn’t a very eventful one and especially after Roethlisberger was finished just six quarters into it. In fact, after being targeted nine total times by Roethlisberger in the first six quarters of the 2019 season, Switzer was targeted just twice more before suffering what would turn out to be a season-ending back injury in Week 10. The lone catch that Switzer had last season after Week 2 resulted in a loss of 2 yards against the Los Angeles Chargers in Week 6.

In total, Switzer has been targeted by Roethlisberger 53 times since arriving via a trade right before the start of the 2018 regular season. He’s caught 42 of those 53 passes from Roethlisberger for 282 yards and a touchdown. In short, it goes without saying that Switzer is more than happy to see Roethlisberger return from the elbow injury he suffered early in the 2019 season.

If Switzer continues to make plays like he apparently did during Wednesday’s training camp practice as part of the first-team offense, he probably won’t have to be nervous during the team’s final cut-down day, which is a little more than two weeks away.

“I was fortunate enough to be out there with the ones [on Wednesday] and get those reps, which I never take for granted,” Switzer said. “So, I’m excited to see what this year holds for me, individually. I believe that I’m really optimistic for myself and hopefully it pans out that way.”