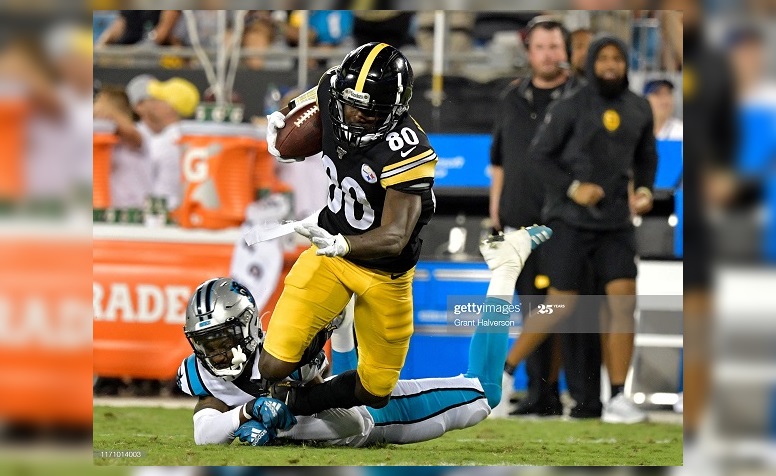 The Pittsburgh Steelers didn’t make any roster moves on Monday but with padded training camp practices now finally underway, injuries could force them to make some transactions in the next four weeks. On Monday, the Steelers had four free agents in for tryouts and two of those players were wide receivers.

According to the NFL’s official transaction sheet on Monday, the Steelers had wide receivers Ray-Ray McCloud and DeAndrew White in for tryouts along with safety Rashaan Gaulden and linebacker Jermaine Grace.

McCloud, a former sixth-round draft pick out of Clemson, has dressed for 16 total games in his first two NFL seasons in addition to spending time on the Buffalo Bills practice squad last season. He has 5 career NFL receptions for 36 yards to date.

As for White, a former undrafted free agent out of Alabama, he has been with five different NFL teams since 2015,. He has 7 career NFL receptions for 93 yards and has also returned 16 kickoffs and 5 punts to date.

Gaulden, a former third-round draft pick of the Carolina Panthers in 2018, played his college football at Tennessee. Last year he spent a good portion of the regular season with the New York Giants and he’s dressed for 25 total NFL games in the last two seasons.

As for Grace, a former undrafted free agent out of Miami in 2015, he’s been with four different NFL teams to date and was most recently with the Cleveland Browns. He’s dressed for 24 total regular season games to date and has registered 8 total tackles.

The Steelers will likely continue to have players in for tryouts for the next several weeks in an attempt to keep their Rolodex of available young players updated.

The #Steelers worked out four players on Monday per the NFL transaction sheet: