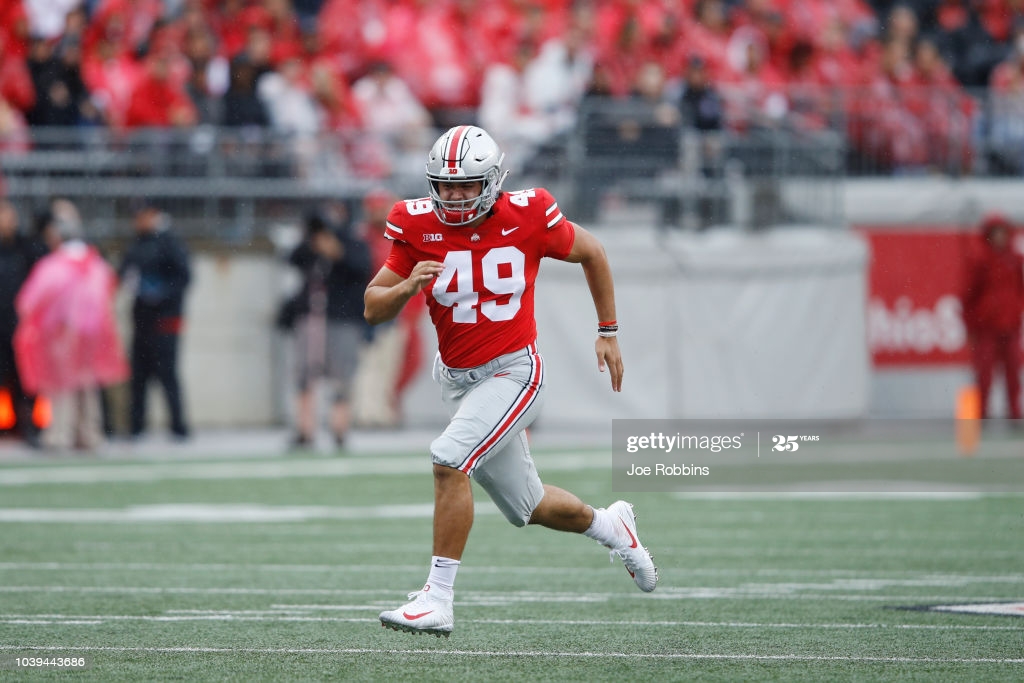 We’re answering the burning question on every Steelers’ fans mind. Who is their newest long snapper? Yesterday, the team announced they signed Liam McCullough to their training camp roster after Kameron Canaday suffered a knee injury over the weekend. Talking with reporters virtually after Thursday’s practice, Mike Tomlin explained why the team felt compelled to add a second snapper.

“We wanted to continue with our intense special teams work. So we brought someone else in that was capable. It’s an opportunity for us to get some exposure there and see what his skill set is. We’re really impressed with him in the workout. And so we’re excited about having him on board and having him put his hand in the pile and see where that leads us.”

McCullough was a UDFA out of Ohio State, a four year long snapper for the Buckeyes with a self-attributed 577 “pearl” aka good snaps in college. He was only the second long snapper to earn a scholarship with the school out of high school. Long snapping runs in the family; his younger brother also long snaps for OSU.

After the draft, he had offers from the Las Vegas Raiders and Detroit Lions. He chose Oakland but they cut him as they trimmed the roster down to 80, an unfortunate byproduct of the COVID pandemic.

Pittsburgh worked him out after Canaday’s injury and as Tomlin indicated, was apparently impressive.

As we’ve written about before, replicating special teams is hard enough when everyone is healthy. It’s impossible to come close to the level of intensity and energy you see inside a stadium. Unlike in 11v11 drills, there aren’t any full-contact special teams sessions, unless the team has radically altered course this summer. Danny Smith and Tomlin have admitted there’s plenty of unknown on that unit.

“There’s different types of intensity,” Tomlin said yesterday. “Those of us that are in this space and industry understand it. There’s preseason intensity, there’s regular season intensity, there’s playoff intensity. I’m satisfied with the level of intensity that I’m seeing in the work, but I’m not going to pretend that it’s going to mirror what they’re going to get on Monday night, because that’s just not an accurate statement. The volume will be turned up on Monday night on opening weekend. And that’s just the reality of our game and our sport.”

Another reality is it’s unlike McCullough is part of the Week 1 roster. Canaday’s injury doesn’t seem incredibly serious, he was in pads the day after his injury, and he still has about three weeks to get ready for the start of the regular season. But having a competent snapper is important for special teams session. Subpar performances there waste valuable camp reps; there’s only so many ST snaps in practice to go around.

Tomlin has cited Vance McDonald, Stefen Wisniewski, and Maurkice Pouncey as other long snap candidates (McDonald was the long snapper at Rice, if you’re wondering).

But McCullough’s calling card are long snaps so it was smart to temporarily make room for him on the roster. And if Canaday’s injury lingers or a new one pops up during the season, McCullough could be on speed dial.