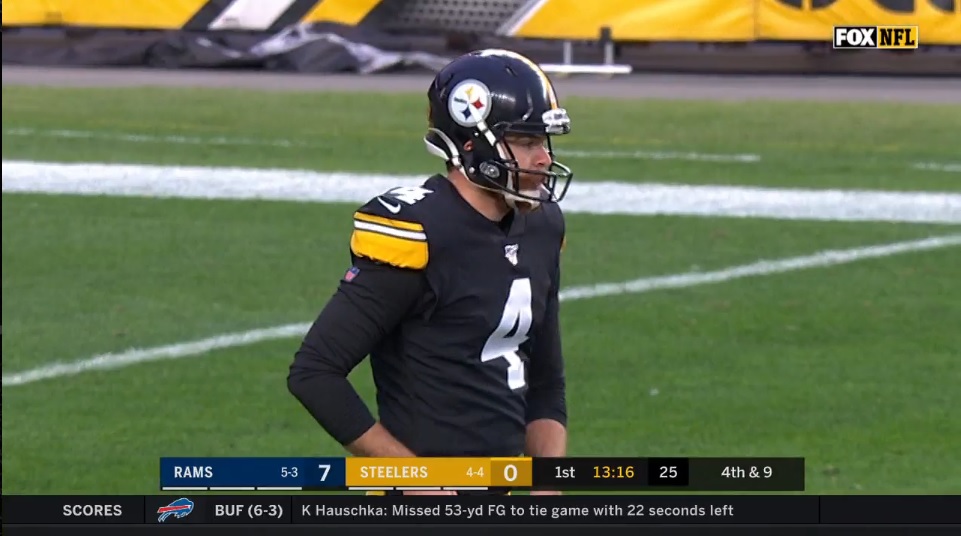 This year makes it harder than ever to evaluate some of training camp’s fiercest battles. Who will be the Pittsburgh Steelers starting RT? How about NT? How will the RB room or depth at safety play out? Hard answers for us and the team. It’s especially difficult to be a rookie punter with limited opportunities to state your case for a spot on the roster. That’s the position Corliss Waitman finds himself in right now in an attempt to knock Jordan Berry off the roster. Mike Tomlin and Danny Smith acknowledged the difficulty this camp environment presents.

While there aren’t any easy answers, both men noted all 32 teams are rowing the same boat through the same muddy waters.

“That’s a challenge we’re all faced with,” Tomlin said following Wednesday’s practice. “There’s a lot of those battles in terms of division of labor that’s worrisome in this environment. We’ll push through it. We’ll create a competitive environment.  The guys have a lot to do with that. The way they embrace the competitive practice atmosphere that we have. But make no mistake, there’s many layers to that discussion. It’s a challenge all of us globally are facing in this no preseason environment.”

There are dedicated punt sessions mixed in throughout training camp but it’s impossible to replicate an in-game perspective. At camp, there’s not much of a rush, no one is trying to get the punt hurt by running into him, nor is there the pressure of what a bad punt altering the outcome like what exists when the games count. Playing under pressure is an undeniable element of football. No one can predict how a rookie will handle it until they’re actually doing it.

“I’m going to tell you the truth,” Smith said during his Zoom call with local media. “When we open up and there’s 16 games being played the first week of the NFL season. There’s going to be some guys out there on every team that we’re going to all see what they can do under pressure for the first time. We’re all going to see it together. It’s not just going to be a Pittsburgh Steeler thing. It’s going to include the other 31 teams in our league. We make decisions on what we predict, what we think, what we hope, and all those kinds of things. When in fact, some of those decisions being made by all these times, we’re all going to see that stuff together during the first week of the season.”

UDFA Corliss Waitman is Jordan Berry’s challenger this summer. Waitman comes by way of South Alabama, averaging 42.7 yards per punt throughout his career, including a season high 45.2 his junior season. He had a rocky end to his college career. He transferred to Mississippi State after 2018 with the intention of being granted a 6th year of eligibility following a knee injury that wiped out most of his 2015 season. The school gave him a scholarship, he arrived on campus, but the day before fall camp, the NCAA notified him he wasn’t eligible for the extra year. He spent 2019 on the sidelines, though Mississippi State honored his scholarship and allowed him to train at their facility. Pittsburgh signed him after the 2020 draft.

Smith’s answer was short, sweet, and to the point when asked what Waitman had to do in order to beat out a veteran punter like Berry.”

“A lot. It’s a long process. We have time, we put them in different situations.”

Tomlin added the overlooked elements of the job, too.

“Shoot you’re just talking about a portion of the issues relative to sorting that out. How about the holding element of it as well? Which is another component of the job.”

A new punter means a new holder and a new relationship between punter and kicker. A boat the team might not want to rock considering the excellent season Chris Boswell is coming off. With a 16 man practice squad, it’s not unthinkable for teams to carry an extra specialist to protect themselves against COVID-19 but the odds are long Waitman will beat out Berry for Week 1.