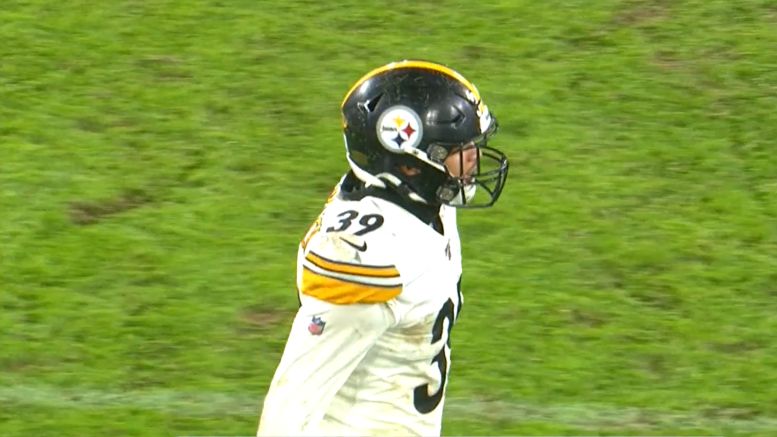 Minkah Fitzpatrick is a unique blend of athleticism, instincts, and work ethic. Put all those things together and you have one heck of a safety. Joining the Good Morning Football crew Thursday morning, Mike Tomlin delved into what makes Fitzpatrick one of football’s top safeties.

“He has a unique, desired outcome in that he wants to be great,” Tomlin said. “But day to day, he’s willing to do the things that that’s going to produce those types of plays. He’s not a guy that’s paid by the hour. He was absolutely the last guy I think walking out of this facility yesterday, I watched him walk out and that’s a routine thing for him. He’s diligent about training his mind as it relates to his job. He’s diligent about maintaining and conditioning and, and get his body ready for work.”

Fitzpatrick’s work ethic was clear considering the immediate impact he made after getting traded to Pittsburgh mid-season. The Steelers didn’t ease him into their system, starting and playing him in an every down role from Week 3 on. He produced to the tune of five interceptions, becoming the first Steeler since Troy Polamalu to pick off 4+ passes in 2010, breaking the longest drought in football history. Fitzpatrick was also a steady, consistent tackler and his communication helped avoid major breakdowns in the secondary.

All this while being a 23 year old, third year player. That thought isn’t lost on Tomlin.

“We got to remember that Minkah’s still a very young guy not only in age, but in NFL experience last year being the second year. It’s is really unique to see a guy who has a process, a developmental process, to gain readiness that is as mature and developed as his is. And I think that’s why the play is what it is.”

Fitzpatrick will enter this season with more stability than last year. His role and team isn’t uncertain and combative like it was in Miami – he’s the Steelers’ starting FS. The continuity that will bring, continuity that exists across the entire secondary and most of the defense, should produce even better results in 2020.

(Part 1) .@steelers HC Mike Tomlin joined #GMFB to talk about adjusting to the unique training camp, the opt out deadline (today at 4pmET), Big Ben, @TeamJuJu, @minkfitz_21 and so much more! pic.twitter.com/zipgQfqozo