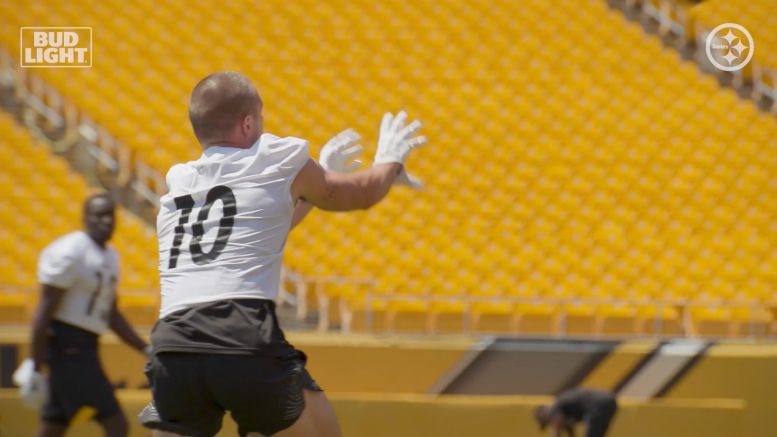 The Pittsburgh Steelers swapped midround picks for Ryan Switzer in August of 2018. By the middle of the 2019 season, a lot of fans seemed to be clamoring for the team to let him go. However, here he remains, likely headed for a spot on the 53-man roster yet again in 2020.

One of perhaps the closest confidants of quarterback Ben Roethlisberger on the team, the former UNC wideout is now in his fourth season in the NFL, and he knows as well as anybody how disappointing a year he had in 2019, not just because he missed a good deal of it with a back injury.

While surely affected by the loss of Roethlisberger early in the year, he caught just eight passes on the season for 27 yards, just 3.4 yards per catch. He also fielded eight punts for 29 yards, at 3.6 per return, and nine kickoffs for 166 yards, an average of just 18.4 yards.

Switzer has addressed the criticisms levied against him on social media in the past, and he has worked hard this offseason. The transformation that he made to his body is undeniable, as one can clearly see the mass that he has put on.

Following today’s practice, in which reporters hinted in their questions that Switzer made some plays, Mike Tomlin was asked about what he brings to the teams as a designated slot receiver, a designation that he has embraced over time as a 5’8” guy.

For the past three seasons, the Steelers’ primary slot receiver has been JuJu Smith-Schuster, and that certainly doesn’t figure to change this year, with James Washington and Diontae Johnson taking up the majority of the remaining wide receiver reps.

With rookie second-round pick Chase Claypool beckoning for playing time, it’s not clear how many opportunities there will be for Switzer to get on the field barring injury, but he figures to be the number two slot receiver in the event that something does happen.

The Steelers in recent years have also been liable to use some four- and five-receiver sets, so there is always an opportunity for him to get on the field that way. Plus, he has probably spent more time this offseason working with Roethlisberger while he rehabs his elbow than anybody else, so that sustained chemistry may help him find playing time as well.