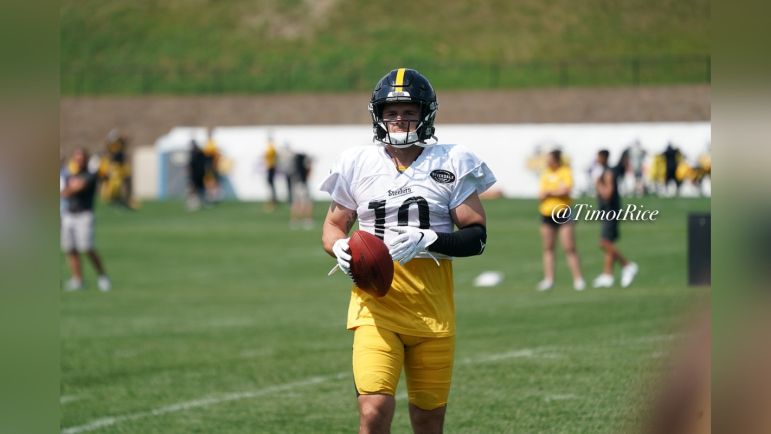 Former Pittsburgh Steelers’ wide receiver Ryan Switzer is going from playing football to coaching football. According to The Athletic’s Bruce Feldman, Switzer will soon be named the WR Coach at Tulsa. Feldman tweeted the news a few moments ago.

Switzer played in the NFL from 2017 to 2021. A 4th round pick of the Dallas Cowboys, he spent one year there before being traded to the Oakland Raiders in April of 2018 for DL Jihad Ward. The Raiders then shipped him and a sixth round pick to the Steelers in August of 2018 for a fifth round pick. With Pittsburgh, Switzer served as a slot receiver and return man. His most productive year came in 2018, returning 30 punts for an average of 8.4 yards and 30 kicks for an average of 20.2 yards. As a receiver, he caught 36 passes with one touchdown but averaged just seven yards per reception. A back injury hampered his 2019 season and he caught just eight passes for 27 yards.

After Ray-Ray McCloud was signed and shined during the 2020 training camp, including a kickoff return touchdown during one of the team’s full-contact special teams sessions, Switzer was waived at final cutdowns. He spent time on the Cleveland Browns’ practice squad in 2020 and 2021 but struggled to stay healthy. He officially announced his retirement on July 18th, 2022.

He ended his NFL career with 50 receptions for 321 yards and one touchdown, an average of 6.4 yards per reception. That average is the lowest of any wide receiver in NFL history with 50+ receptions and Pittsburgh’s offense confined him to running extremely shallow routes and he was a heavy part of the team’s screen and RPO game. His longest NFL reception was just 24 yards.

But Switzer was known as a quality person who received plenty of team and community support as his son battled a severe health issue. Thankfully, he fully recovered and was sent home from the hospital sometime around March of 2021. Switzer also became close friends with QB Ben Roethlisberger.

It’s not known if Switzer had been doing any coaching prior to his presumed Tulsa hire. Perhaps he helped out at the high school level this fall. Tulsa went 5-7 in 2022 and will look to start fresh under a new coaching staff.