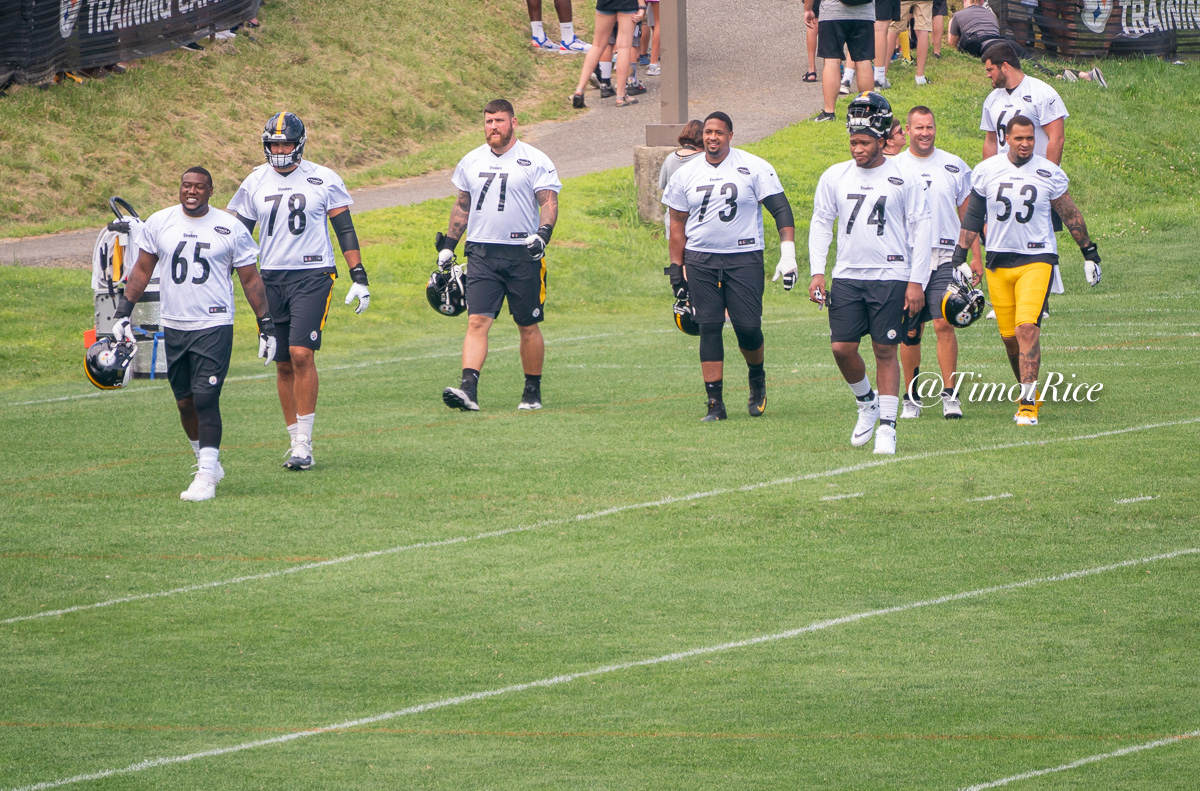 The band that is the Pittsburgh Steelers’ offensive line already lost one member heading into this year. After it, there could be many more departures. Speaking with reporters on a Zoom call Monday, David DeCastro said an uncomfortable truth. The offensive line is getting older and their days together may be numbered. Here’s what he said via the PPG’s Ray Fittipaldo.

On a zoom call this morning, Steelers RG David DeCastro acknowledged the line is getting older. He said "this might be Al's last year." He knows he's getting "close to the light end of the tunnel" but he also said he still has some juice left in his game.

“The group is kind of fading away,” he said. “You guys ask every year do you appreciate what you have with the offensive line. We really do. The light is coming to the end of the tunnel. We’re all enjoying it. We all know we’re old. It might be Al’s last year; Pouncey and I are getting old too. Who knows what’s going to happen.”

Ramon Foster was the first to go, retiring after a stellar 11 year career with the team. Get used to that headline. The Steelers have three free agents after the season: Alejandro Villanueva, Matt Feiler, and Zach Banner. As DeCastro noted, Villanueva may be the most likely to leave. It’s clear his life isn’t defined by football and though he arrived late to the NFL, he’s about to turn 32 and has plenty do in his “life’s work.” He’s also dealt with nagging shoulder injuries in recent years. Should he continue his NFL career, he won’t take the deep discount he did before and starting left tackles don’t come cheap.

Feiler is due for a big payday knowing he’ll be the full-time starter again in 2020. That is likely to come at left guard, not right tackle like 2019, but he’ll want and deserve a multi-year deal come the offseason. Banner is betting on himself after inking a one-year contract with Pittsburgh earlier this year. If he becomes the starting RT, he’ll want good money for his next contract. If he’s the backup again, he’ll be cheap, but probably no longer viewed as a viable starter for 2021.

The looming cap crunch next season complicates things all the more. The Steelers have a slew of important free agents ranging from JuJu Smith-Schuster to Mike Hilton to a good chunk of the offensive line. There’s no chance they’ll be able to retain everyone, including the big guys up front. Add in an aging Maurkice Pouncey and you have a group much closer to the end than the beginning.