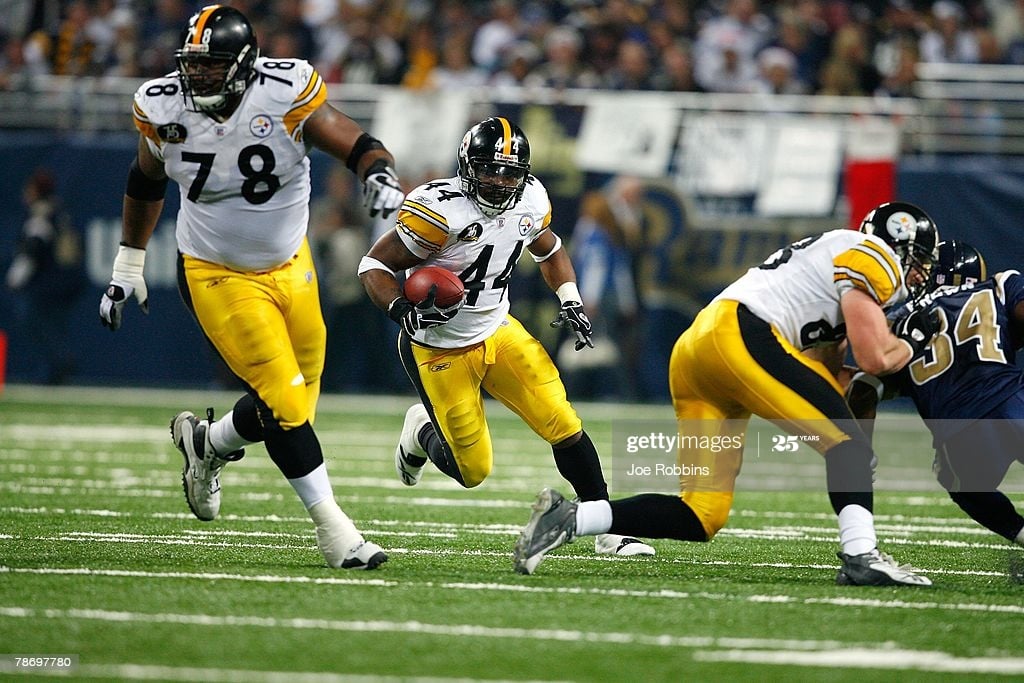 New mini-series as hopefully our final bridge from the offseason to the preseason. Under Mike Tomlin, the manta has been “next man up,” filling the role of the player ahead of you after an injury, demotion, whatever. The Steelers sure felt that attitude in 2019 with injuries littering the offense and 2020 could bring more of the same, a roster that can quickly change due to the COVID pandemic.

Whenever the next man up is called up again, let’s hope they play like these performances.

He was Fast Willie Parker. Until he wasn’t. Parker broke his leg on his first carry in a 2007 primetime game against the St. Louis Rams. That ended his season and the beginning of the end for his NFL career.

So very quickly, Najeh Davenport became next man up. And really, the only man up. He was the only true running back available. Parker was injured, Gary Russell inactive, leaving Davenport and FB Carey Davis as the only two men available.

Davenport stepped up with his best game as a Steeler. By the end of the Steelers’ 41-24 win, Davenport carried the ball 24 times for 123 yards and a touchdown with another two catches for 44 yards and another score.

His second touch of the game was a wild one. The Steelers called a fake punt with Daniel Sepulveda hitting Davenport for a 32 yard gain, keeping the drive alive and leading to a Jeff Reed field goal.

A more conventional passer, QB Ben Roethlisberger, found him through the air for a score before the half.

Davenport for the end zone for the next Steelers’ score, a one yard dive over the goal line.

As a runner, Davenport didn’t bust off any monster run, none went longer than 18, but he repeatedly carved up the Rams’ run defense over and over. Twelve of his 23 attempts gained at least five yards.

His performance was by far his best as a Steeler and his 123 rushing yards were second most in his NFL career. Since 2000, he and DeAngelo Williams are the only two Steelers’ running backs not to start and run for over 120 yards. It was also Davenport’s swan song. Pittsburgh released him the following offseason, bringing him back in September but only giving him four carries before cutting ties for good.