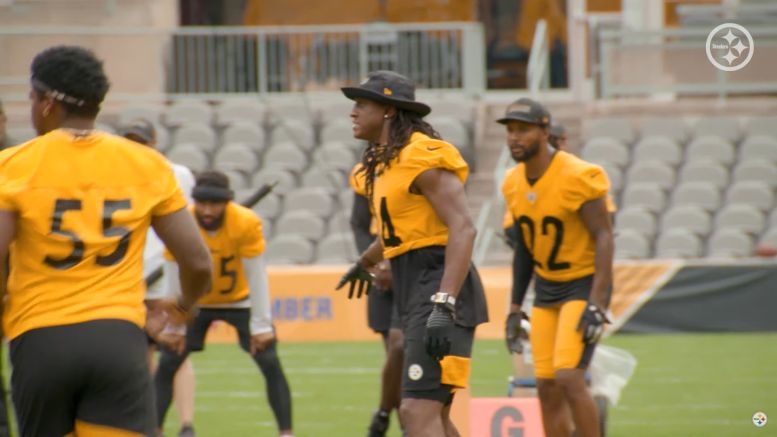 If it is true that defense wins championships—and still wins championships in this day—then it’s probably a good sign for the Pittsburgh Steelers that their defense is still winning, at least in practice. This analysis comes from no less a source than their own starting quarterback, who spoke to reporters before practice earlier today.

It was the shortest exchange in the entire interview with Ben Roethlisberger, but even that, perhaps, was telling. One reporter referenced Minkah Fitzpatrick’s earlier comment in training camp that the only time the offense would make a play was when the defense made a mistake, asking the quarterback who was winning the 11-on-11 drills.

“Defense”, was his one-word response, with no follow-up. But there was none needed. We already know what this group looks like, with Fitzpatrick and Cameron Heyward and T.J. Watt and Devin Bush, up and down the line, from Stephon Tuitt to Mike Hilton and Cameron Sutton.

The defense last season was the only reason that they even managed to win eight games, leading the NFL in takeaways and sacks, and finishing among the top in the league in yards allowed and points allowed. And those on that unit insist that there is still room for improvement and they expect to be even better this season.

Of course, you don’t want your offense to be dominated by your defense too frequently in practice, no matter how great they are, especially if you believe that you’ve assembled a genuine group of talents on that side of the ball, as the Steelers do.

In this particular instance, though, in an offseason that wasn’t much of one, and with a bunch of players that Roethlisberger hasn’t worked with a great deal—and the fact that he is coming off of a severe elbow injury—it’s not surprising that the offense would need time to come together, while the defense is just running around and dominating.

Still, Roethlisberger couldn’t help but note that guys like Chase Claypool were stepping up and making plays. Eric Ebron has caused defenders to get frustrated and throw their helmets after being unable to cover him.

There is, I think, a great rivalry building up in practice between this offense and this defense, and with iron sharping iron on a daily basis, both sides are only developing into a larger and larger problem that their opponents will eventually have to deal with.