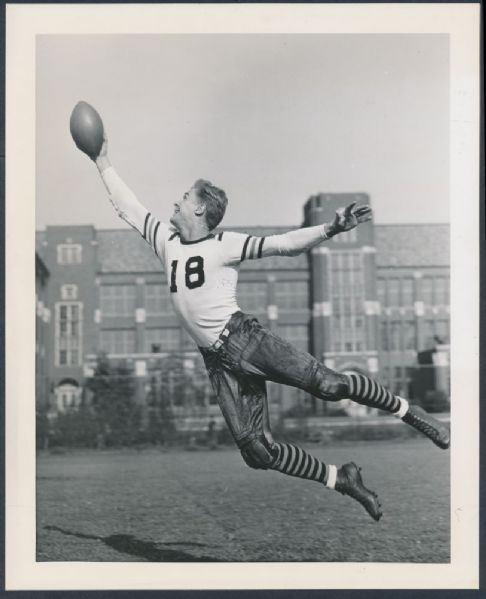 NFL helmets may look a little different in 2020 with a face shield to help protect players against the coronavirus. Even before the pandemic, helmets are a marvel of technology and really, are taken for granted these days. In fact, through the NFL’s first 20 years – and football’s roots date back much farther than that – not everyone wore a helmet.

The last to do so was a Pittsburgh Steeler, although his time in the Steel City is just a brief note of his resume. Eggs Manske (real name Edgar, we can all agree Eggs is infinitely better) was the last player to play without a helmet, including during his stint with the Steelers during the 1938 season.

Of course, in 1938, the Steelers were called the Pittsburgh Pirates, which would stand until the 1940 season when they adopted the Steelers’ moniker. Manske’s time in Pittsburgh illustrated the many poor decisions made by the coaching staff and front office prior to Chuck Noll’s arrival.

Chicago traded him to Pittsburgh for their first round pick of the 1939 draft. That turned out to be the 2nd overall selection and Hall of Fame quarterback Sid Luckman. One of the many Canton-bound QBs the team’s missed on over the years; Luckman, Unitas, Dawson, Marino, so many chances to rewrite history.

Worse yet, Manske left the Pirates after the ’38 season, returning to Chicago for 1939. So the Steelers rented Manske for just one season and the Bears got their best QB in team history in return. It’s legitimately one of the worst trades in football history but one that took place so early in NFL history it’s easily forgotten.

Manske returned to play for the Bears for two more seasons. His final game was a historic one – Chicago with the biggest win in NFL history, walloping Washington 73-0 in the 1940 Championship Game.

Footage from the era is difficult to find, as you might imagine, but this appears to be a clip of him from 1939. Here is a helmetless end, that’s the position Manske played, aligned to the right of your screen.

Manske joined the Navy in World War II, became a football coach after his service, and was inducted into the College Football Hall of Fame in 1989. He died in 2002 at the age of 89.