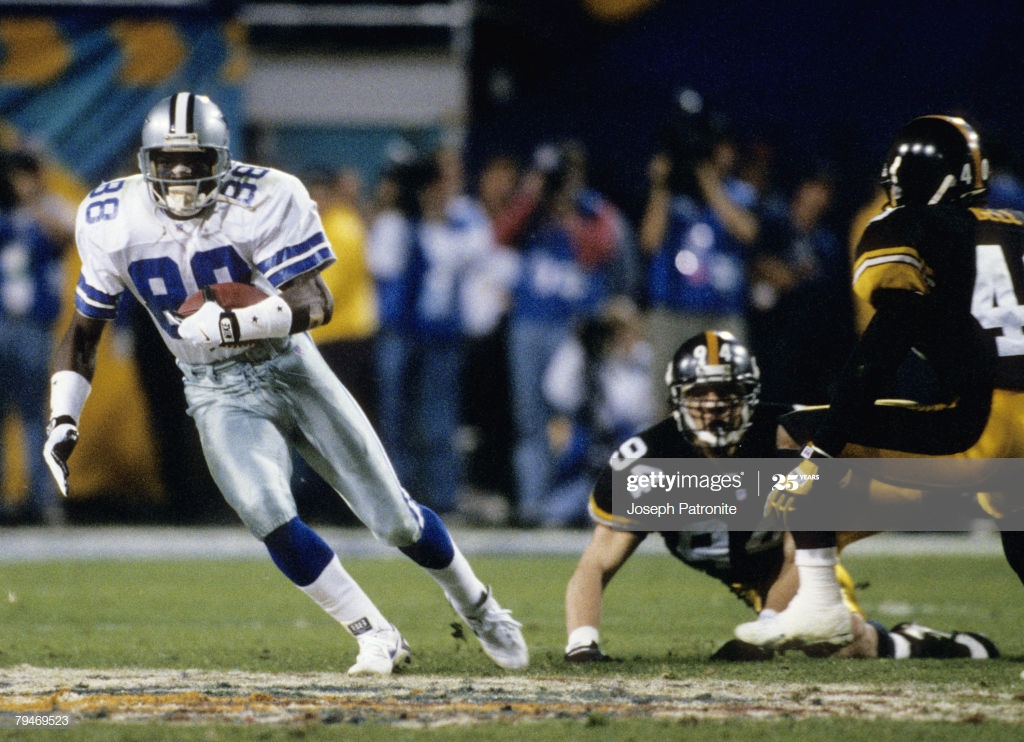 The Pittsburgh Steelers have been one of the NFL’s most successful franchises over the last 50 years. No team has won more games than the Steelers since 1970 and along with the New England Patriots, no team has won more Super Bowls than the Steelers. Even Superman has his kryptonite and the Pittsburgh franchise has also come across some players or teams that have just had their number throughout the years. This series will look at the Steelers’ biggest forms of kryptonite.

The Dallas Cowboys put together a dynasty of their own throughout the 1990s and while their offense was loaded with talent, there was one player who constantly torched the Steelers. That man was none other than Hall of Fame receiver Michael Irvin.

It was not rare to see Irvin dominate his opponents. After all, he was one of the top wide receivers of his era but his play against the Steelers was a big reason why in five career matchups that he participated in, the Cowboys held a 4-1 record against the Steelers while outscoring the black and gold franchise 131-67.

Not including the Cowboys’ Super Bowl victory over the Steelers, Irvin played in four regular season games against the Steelers and the numbers he put up in those games were astronomical.

Irvin would meet the Steelers again in 1991 and not only would he have a huge day, but he would also be responsible for putting the dagger through any thought of a Steelers’ comeback. The Cowboys up 13-10 were facing a crucial 3rd and 10 during the fourth quarter. A failure to convert would gift the football back to the Steelers, giving them the chance to take the lead. The ball would go back to the Steelers but they would not have the chance to overtake the Cowboys on the scoreboard as Irvin put the game on ice, scoring a 66-yard touchdown to give America’s Team a 20-10 lead. Irvin’s touchdown spoiled any hopes of a Steelers’ comeback and it would add to his already big day as the receiver finished with eight receptions for 157 yards and one touchdown.

It is now Week One of the 1994 season. This game is a memorable one, just not for Steelers’ fans. It would be Barry Switzer’s first official game as the Cowboys’ head coach and his debut would come at Three Rivers Stadium. Home field advantage did not seem to do much for the Steelers as they were blown out 26-9 by the Cowboys and Irvin enjoyed another stellar day, catching eight passes for 139 yards.

The Steelers’ secondary was just not able to keep up with Irvin, especially over the top. Even with a safety overtop, the Hall of Fame receiver was able to burn the secondary for a 39-yard gain right before halftime, which led to another Cowboys’ field goal.

Irvin’s dominance continued in the second half. First, he burned Steelers’ cornerback Rod Woodson for a big gain over the top again. He was not exclusively limited to the sideline as he also worked over the middle of the field. Both of those catches led to field goals as the Cowboys marched to a 26-9 victory.

The year is now 1997, three years have passed since the last time the Steelers welcomed the Cowboys into Three Rivers Stadium. Despite all the changes that occurred during this three-year span, two aspects remained constant. The Cowboys would walk into Pittsburgh and win easily, this time by the score of 37-7 and Irvin would have another big game.

Irvin would find the end zone twice, scoring two touchdowns on seven receptions for 153 yards. The first touchdown was an absolute masterpiece from Irvin and Troy Aikman. A 42-yard touchdown pass down the right sideline would put the Cowboys ahead 14-0 but Irvin was not done carving up the secondary just yet. Later in the second quarter, Irvin would reel in a 55-yard catch down the field with Chad Scott in coverage. There was no stopping the Cowboys or Irvin as another blowout victory ensued.

While the Steelers may have enjoyed a lot of success against the Cowboys in the 70s, the 90s were a different era. It was an era dominated by Emmitt Smith, Aikman and Irvin. While all three contributed to the Cowboys’ reign over the Steelers, Irvin was nearly un-coverable and his big play ability was a major factor in the Cowboys’ dominance.