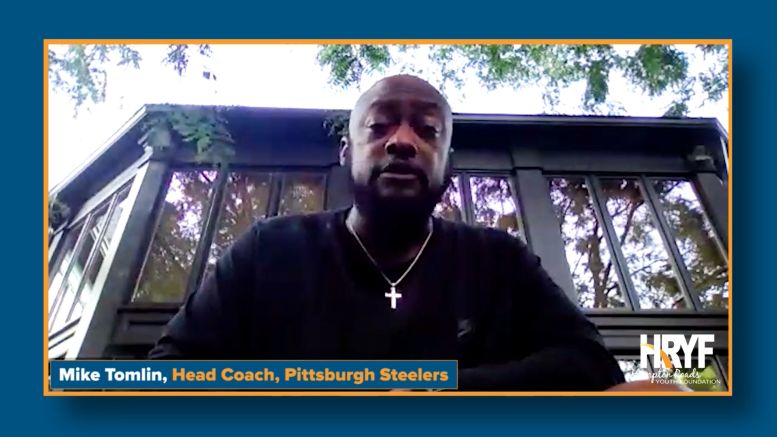 By and large, Pittsburgh Steelers head coach Mike Tomlin has been out of the spotlight for long stretches of this offseason, in part a product of the pandemic and the fact that it has forced the cancellation of Spring workouts. We ordinarily would have heard from him a bit more than we have this year.

And there would have been plenty for him to comment upon. And while he hasn’t specifically spoken on political and social the climate of the country, and how it is bleeding into all facets of life, including the NFL, he has spoken about how he would advise those in his charge to respond.

We got a chance to hear him talk about this a bit earlier, but he elaborated further while speaking to the co-founders of the Hampton Roads Youth Foundation over YouTube recently. He was asked by Vernon Lee what perspective he might be able to provide for the young people of today who might be seeking ways to voice themselves or contribute.

All that I ask my sons is that whatever it is that they do, they do so thoughtfully, and they do so with class. So whatever actions they choose to take because of present circumstance, whatever they feel driven to do because of the pandemic, because of the social unrest or what have you, or just life in general, being a young guy and having to make decisions and live, and determine what type of life you want to live—the choices are yours. I can support that, provided that they’re done so thoughtfully, and done so with class.

And emotions are good if properly driven. For me, it’s about being productive in spite of anything that we face, so being thoughtful about what we do and how we do it and what we say and how we say it is a critical component of that. I can support that and I always support that, regardless of whatever it is.

reaction being action without thought is a notion that he has expressed before as well, and I think there is some validity to that statement. A reaction is a more impulsive gesture and will be less guided toward a greater purpose. There could be a place for that, under the right circumstances, but it’s easy to make the argument that this is not one of them.