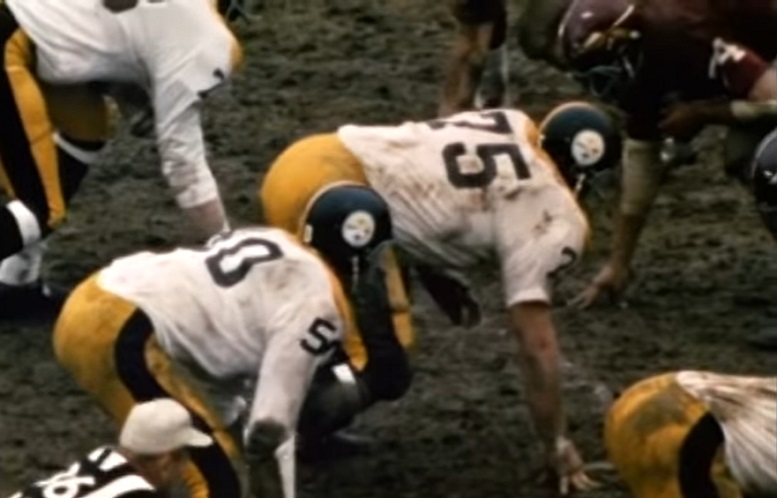 I’m reviving this series on this Sunday with a look back at the last Steelers player who wore No. 75 before Hall of Fame defensive tackle Joe Greene wore it and made it famous.

In February of 1965, the Steelers traded quarterback Terry Nofsinger to the St. Louis Cardinals in exchange for defensive tackle Ken Kortas, a 1964 first-round draft pick out of Louisville. Kortas, who reportedly weighed more than 300-pounds coming out of college, reportedly started and played in five games for a good Cardinals team in 1964. He was considered one of the biggest players in the league at the time.

“I figured he could be a starter for us,” then Steelers scout Jack Butler said of Kortas ahead of the team’s 1965 training camp. “Physically, nothing is lacking. The one thing we don’t know is whether he has enough meanness.”

Kortas, who wore No. 75 with the Steelers once arriving via a trade, wound up sticking in Pittsburgh for four seasons and 56 total games, of which he reportedly started 38 of them. There are no total tackle stats for Kortas to pass along from his time with the Steelers, but he did recover four fumbles while with Pittsburgh and one of those he returned for a touchdown in a 1967 game against the Minnesota Vikings.

The Steelers ultimately drafted Greene in the first-round of the 1969 NFL Draft out of North Texas State and in doing so the writing was on the wall for Kortas that his time in Pittsburgh would be coming to an end soon. Greene, who had worn No. 75 in high school and college, donned No. 72 with the Steelers during his rookie training camp and preseason.

Two weeks before the start of the 1969 regular season, Kortas was traded by the Steelers along with halfback Don Shy to the New Orleans Saints in exchange for halfback Don McCall. His departure opened No. 75 for Greene to switch to.

Kortas never played a down for the Saints as he was released but quickly landed with his hometown Chicago Bears, where he spent the 1969 season. That turned out to be his final NFL season, however, even though the Washington Redskins reportedly almost signed him ahead of the 1970 season.

“I felt like I could play another four years,” Kortas said back in 2014. “I would have liked to; it just doesn’t work out. There’s a lot of guys that think they can play and maybe they can or maybe they can’t. Maybe I couldn’t. Nobody agreed with me.”

You can see Kortas (No. 75) play as a member of the Steelers in a 1965 game against the Dallas Cowboys in the video below.