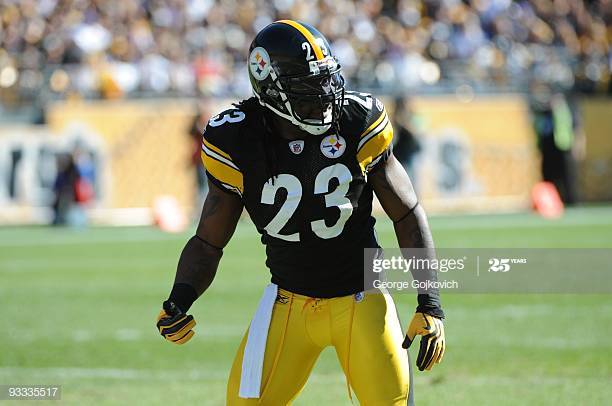 I was kicking around doing an “underrated Steelers” video series to balance out the “biggest busts’ videos. That series may be on hold until next offseason, or a rip chord to pull if the regular season is thrown off track, but if I ever do it, Carter might be on that list.

And maybe that’s debatable. There were ups and downs in his career. But on paper, Carter played more and had better production than I remembered.

He began his career as a Minnesota Viking, a 4th round pick staying local out of Minnesota. He started seven games his first three years but wasn’t terribly productive, intercepting just one pass over that span.

Carter wound up signing with the Jets for the 2003 season, playing in all 16 games and starting ten of them, playing well with 88 tackles and a pair of picks. That led him to Pittsburgh for ’04, one of Colbert’s classic mid-level free agent signings.

Throughout his career, he was always the next man up when there were injuries in the secondary. There often were. Carter wound up starting 22 games over six years with Pittsburgh, including ten his final season in 2009. Twice, in ’07 and ’09, he finished with over 60 tackles and picked off nine total passes with the Steelers. Not a number to sneeze out.

Here’s a fun fact. Carter had a pair of two-interception games, one against Cleveland and another versus Denver (replacing Ryan Clark, held out for concerns over his sickle cell) matching the number of multi-pick games by Troy Polamalu. That’s a stat of the weird if I’ve ever seen one.

Carter made plays in the postseason, too. Polamalu rightfully received all the headlines for his pick six in the ’08 AFC Championship Game but it was Carter who had the game’s final interception, the final final nail in the coffin to send Pittsburgh to the Super Bowl.

Not a ten on the interception Richter Scale, I know, but it was the one that stamped their ticket to go on and beat the Cardinals, where Carter of course earned a ring. Famously, Carter’s brother postponed a jail sentence to attend the Super Bowl and watch the Steelers play. In response, the judge added more than four years to his six-month sentence.

“That’s that brotherly bond we have,” Tyrone Carter told ESPN. “I’m there for him and he’s there for me.”

After his age 33 season in ’09, Pittsburgh moved on. He was signed by Washington late in camp for the 2010 season before latching on with San Diego later that year, playing in seven games with 12 total tackles.

Carter recently made the news for leading a march in honor of George Floyd and his pursuit for racial justice. You can check out the video here.

Tyrone Carter, your blast from the past.