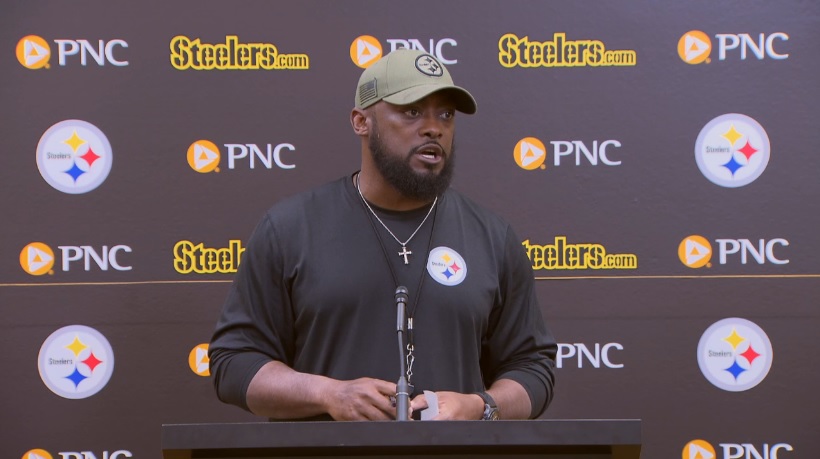 Mike Tomlin said he and the Pittsburgh Steelers’ organization will support any player protest – including kneeling during the National Anthem – this upcoming season so long as it’s thoughtful. He made the comments during a Tuesday morning Zoom call with the media.

“It’s our intentions to support those guys in any statement or actions that they take as long as it is done so thoughtfully and with class,” Tomlin said via 93.7 The Fan Tuesday.  “And that includes kneeling.  Those are my feelings.  Those are also the feelings of us as an organization.”

A controversial topic in sports for years now, it seems likely more players than ever will kneel in protest of police brutality. And the Steelers will be supportive of that.

Pittsburgh was in the spotlight over the anthem in 2017 after Alejandro Villanueva stood by himself during the Anthem prior to paying the Chicago Bears. Tomlin wasn’t asked about that dynamic with the media today. Steelers players and coaches have always been supportive of Villanueva and his service to the country.

As our Matthew Marczi wrote this morning, Tomlin discussed why he’s stayed relatively quiet on social justice issues. He said he prefers to lead with actions, not just words, and let that part of him do the talking.

“And I hope that my position is displayed not in my words, but in my actions and how I move and how I live.”

This will no doubt be a divisive topic once the football season begins with some, including the President, tweeting they won’t tune in should players kneel.

Tomlin said the team has spent part of offseason Zoom meetings discussing everything that’s happening in the world, a chance for honest dialogue and determining a path forward.

“We spent a lot of group time talking about the on-going issues, the platform they have and how to best utilize it and how to do so thoughtfully.”