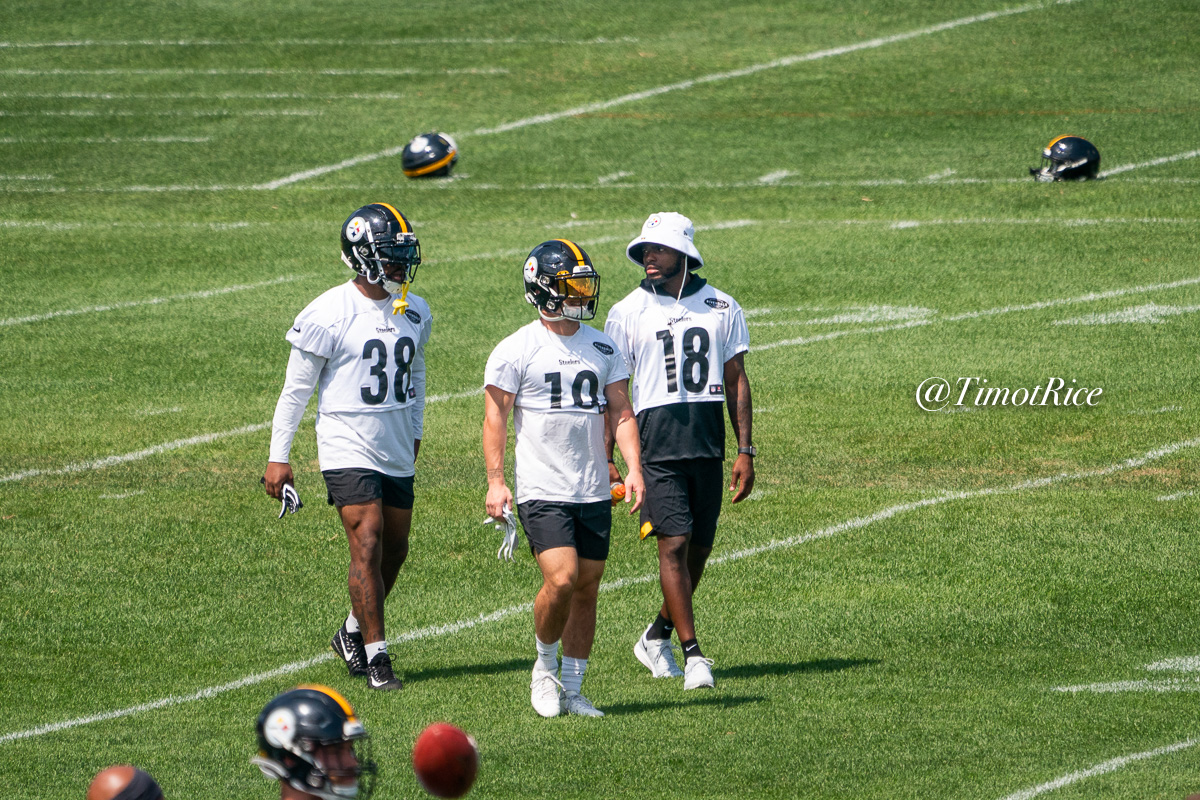 Bleacher Report ranked the NFL’s top supporting casts earlier Wednesday and they have the Steelers basically sitting middle of the pack. Based on skill position talent, they have the Steelers with the 18th best supporting cast for Ben Roethlisberger. Couple highlights from what they wrote. Author Kristopher Knox started things out on a positive note on what the return of Roethlisberger means for the overall health of the offense.

“If Ben Roethlisberger returns to form following elbow surgery and can stay healthy, the Steelers could have one of the better offenses in the AFC.”

His biggest concern lies with the man he’ll be handing the ball off too. Pittsburgh’s running game was a mess a year ago, thanks to injury, middling play, and an ugly quarterback situation which did them no favors.

“The biggest question is at running back, where James Conner took a major step back last season. After having a Pro Bowl campaign in 2018, Conner was decidedly average last year.”

The concern is valid though the reasoning seems faulty. Conner’s skill wasn’t an issue. Health was. He essentially wasn’t healthy from Week 9 on, injuring his shoulder late against the Miami Dolphins and never getting back to 100%. From then on, he played in just three games, carrying the ball 19 times for 84 yards. Durability will be a worry heading forward but there’s no question how talented he is. And Conner has been working as hard as anyone during the offseason.

Behind him, Benny Snell is entering his second year, a time when backs tend to take a crucial step forward. Think back to Conner. He was a totally different dude his sophomore year than he was as a rookie. It remains to be seen if Snell will make that same jump but there should be improvement. Fourth round pick Anthony McFarland is an exciting component to the run game too.

At receiver and tight end, Knox has optimism for the group’s upside.

“…the Steelers have plenty of receiving talent. They also have one of the better tight end duos in Vance McDonald and free-agent addition Eric Ebron. With Roethlisberger pulling the trigger, this receiving core could go from average to elite in a hurry.”

The last sentence is a crucial one. Roethlisberger is naturally going to make everyone look better. James Washington and Diontae Johnson, for example, had positive seasons with terrible QB play. Having an even 75% Roethlisberger will bring better results. Which makes his last sentence disappointing and off the mark.

That assumes the group won’t grow. Which they will. Young guys like Washington, Johnson, coupled with a healthy JuJu Smith-Schuster, Conner, and additions of Chase Claypool/Eric Ebron. And the quarterback situation got so bad last season, limited the offense so severely, that it was hard for the skill players to make up for that.

From an outsider point of view, ranking the Steelers’ with the 18th best supporting cast is to be expected. But by season’s end, they could easily be top ten. The top spot, if you’re wondering, is held by the Kansas City Chiefs. Again, here are their rankings.