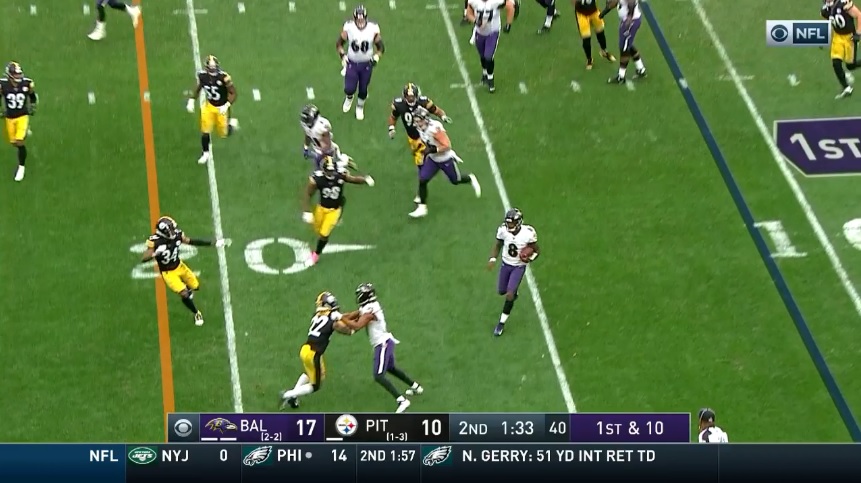 We saw plenty of the Pittsburgh Steelers in Madden’s 21 debut trailer. Most of it though wasn’t positive. With Baltimore Ravens’ QB Lamar Jackson on the cover this year, he was naturally highlighted throughout the 90 second teaser. Much of that action came against the Steelers. Take a look.

The defense is featured early, trying (and failing) to tackle Lamar Jackson, including the only glimpse of actual gameplay shown.

Later on, there’s a clip of the defense attempting to bring down Mark Ingram. JuJu Smith-Schuster is also highlighted as Madden touts its new celebrations, something the Steelers’ Twitter account took notice of.

Pre-orders for Madden 21 can be made now with the game releasing August 25th. It’ll be the game’s last edition before PS5 and XBOX Series X release later this holiday season.

Per the trailer, new features include a ball carrier skill stick, new pass rush controls, realistic open-field tackling, and new celebrations. Madden has been panned by the community in recent years for its reliance on animations, lack of depth in its franchise mode, and hyper-focus on bells and whistles like celebrity cameos and new player MUT cards.

Let us know if you play Madden, if you plan on buying 21, and your experience playing the game.