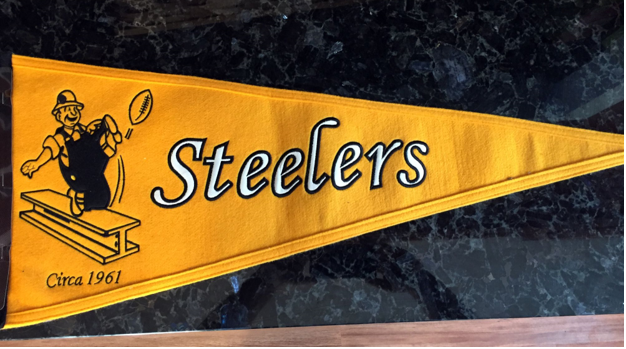 A few weeks ago, former Steelers James Harrison implied that Mike Tomlin paid his fine for an illegal hit back in 2010. Steelers owner Art Rooney II denied that the Steelers organization did any such thing stating, “I am very certain nothing like this ever happened. I have no idea why James would make a comment like this but there is simply no basis for believing anything like this.”

As an average Steelers fan, this brief ruckus got me interested in whether the organization ever paid player’s fines in the past. It turns out that the Grandpa of Art Rooney II did pay a player’s fine on at least one occasion. The Steelers combined with the Chicago Cardinals in 1944 to form the “Car-pits” who went 0-10. This is their worst season other than Chuck Noll’s first season when the pure Steelers tallied a 1-13 record in 1969. The Carpets were so bad, their star offensive threat quit the team on the eve of their last game of the season despite a shot at winning the rushing title.

The Washington Redskins thumped the Carpets 42-20 midway through this dismal season. Referees ejected Gilford “Cactus Face” Duggan and the opposing tackle Jim North for fighting. Then NFL commissioner Elmer Layden notified Duggan that “You are fined $50 ($738.43 in today’s dollar) for fighting in the Washington vs Card-Pitt game last Sunday. Fine must be remitted to League office before you participate in another game.”

Art Rooney not only paid Duggan’s fine, a Pittsburgh Press article reported that Rooney criticized the officials and announced he would “pay any and all fines levied against his players or coaches.” Ironically, the club had fined several players earlier for lack of effort though they later refunded the fines.

Cactus Face Duggan was not even a legacy Steeler. He was on the Cardinals roster in 1943 and 1945 after Pittsburgh and the Cardinals cut ties. But I bet he appreciated Art Rooney.

I always like to include some music. Here is It Don’t Come Easy by Ringo Starr.