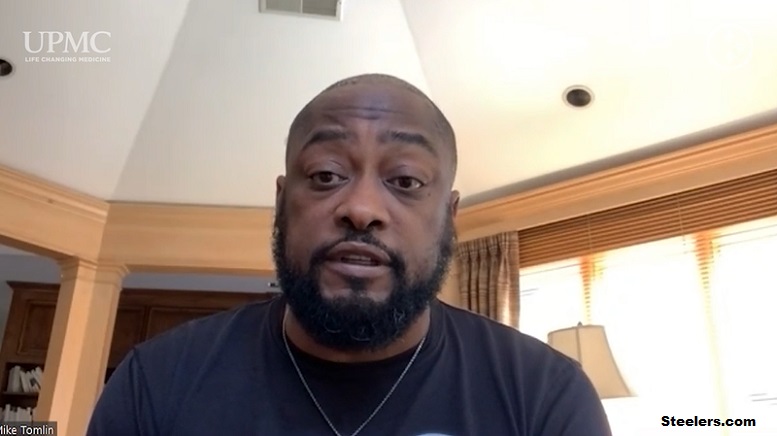 Football  has never been just about football in the Pittsburgh Steelers organization. Under most circumstances, this tends to be a revered quality that was berthed in its founding with Art Rooney Sr. in 1933 and carried on through his sons. Family, and treating everybody in the organization as such, has long been a priority.

Part of being a family, however, involves having difficult conversations about uncomfortable topics, and wading through a diversity of experiences and viewpoints, perhaps not to some to a consensus, but at least to arrive at a basic understanding.

This offseason has been made for that, between the pandemic and the recent protests that have taken over the mental space of the nation. Head coach Mike Tomlin, during his ManUp event, talked about just these circumstances that he has found himself in with his locker room. I felt his comments were important, so I wanted to transcribe them in full, below:

We’ve talked collectively a lot about these present circumstances, and when you’re a member of a football team, you really realize what a blessed opportunity you have, because football brings together a group of men of various backgrounds and upbringings and believes, and we chase one common goal or desired result. And in the midst of that, we gain so much respect for the other men and our differences, and that respect allows us to learn and grow and hear other perspectives. Equally important is an environment where men can talk honestly and openly.

Obviously, the current circumstances provided a lot of opportunity for that, and as a head coach, I’m a facilitator of that. We’ve had some awesome discussions. One of the things that I’m always talking about in the midst of those discussions is…statements are nice, but making an impact is more significant.

Some of this he would touch on the day after the event when he held a conference call with the media, but I thought it was worth sharing this, since he went into greater length and spoke in a more intimate and personal environment about the topic.

Whatever this NFL season is going to look like, I think it’s safe to say that in certain ways, it’s going to be unlike any we’ve seen before. We are living through anxious times, and that anxiety is being reflected even in our sources of escape from that anxiety.