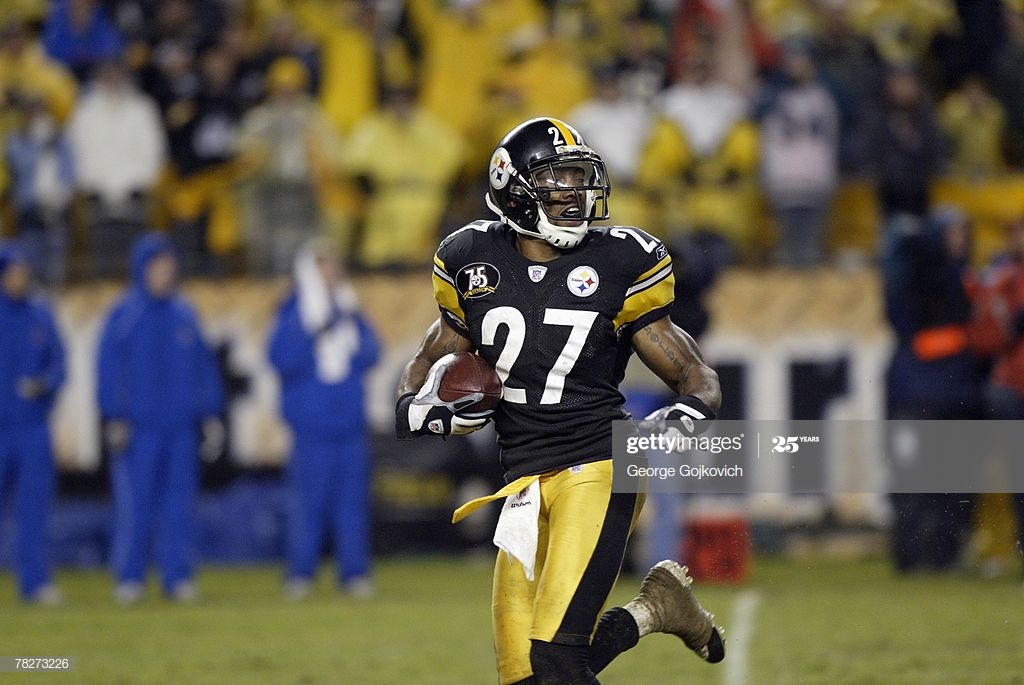 Mark Smith down as a name you’d rather forget. And I’m making him enter the conscious part of your brain again, waking up from the history of bad Steelers’ memories you’ve tucked away (Neil O’Donnell’s INT, Rodney Harrison’s pick six, Rashard Mendenhall’s fumble, please don’t leave this article yet).

Smith can be lumped into the pile of clear secondary “misses” Kevin Colbert’s had throughout his draft history. After a solid career at Syracuse, Smith became the Steelers’ 3rd round pick – 83rd overall – in the 2006 draft.

He started four games his rookie year, playing in all 16, and recording two interceptions with five more pass breakups. Here’s his first takeaway, jumping this route against Derek Anderson and the Browns.

That was the only time anyone uttered those words.

Smith’s career was always up and down. Mostly down. Even in that Browns game, he missed an open field tackle that led to Braylon Edwards’ 45 yard score.

Smith took on an even bigger role in 2007, starting ten games for Ryan Clark after becoming seriously ill following a game in Denver complicated by his sickle cell condition. Smith racked up 68 tackles, another two picks, and even forced a fumble. As much as his career is centered around the negative, and the boisterous, there were legitimate bright moments for him.

But of course, when you hear or read his name, one thing comes to mind.

December 2007. Pittsburgh’s getting ready to face off against the 12-0 Patriots. And Smith gave them bulletin board material.

“We’re going to win,” Smith said. “Yeah, I can guarantee a win. As long as we come out and do what we got to do. Both sides of the ball are rolling, and if our special teams come through for us, we’ve got a good chance to win.”

You can hear Smith trying to walk those words back mid-sentence, switching up from “guarantee” to “good chance” in the span of a sentence. It was a Christmas Story “Oh fuuuuuuudge” moment. The media ran with it; Smith ended up with a bar of soap in his mouth.

The guarantee, as you know, didn’t ring true. Tom Brady, Randy Moss, and the Patriots’ offense torched Smith and the Steelers’ secondary in a 34-13 drubbing. Smith was suckered in on playaction, giving up this 61 yard score.

It was one of two touchdowns he’d allow that day.

Smith returned for 2008 but in a reserve role. He didn’t start a game, registered only nine total tackles, and didn’t pick off a pass. The Steelers opted against bringing him back for 2009 and he began his career as NFL journeyman, spending time in Green Bay, St. Louis, Jacksonville, going back to Green Bay (where his Packers beat the Steelers in the Super Bowl), and finally wrapping his pro days up with the Tennessee Titans in 2011. He retired at 28 years old.

Post-NFL career, he started the rap group Facecard Bosses that doesn’t appear to still be making music, though Smith’s Twitter bio still refers to his rap name King Kufu.  Here’s one song they’ve put out (definitely NSFW). Anthony Fantano I’m not but I would review it as “not good.” The Internet seems to agree; it has 217 views.

Anthony Smith, your blast from the past.