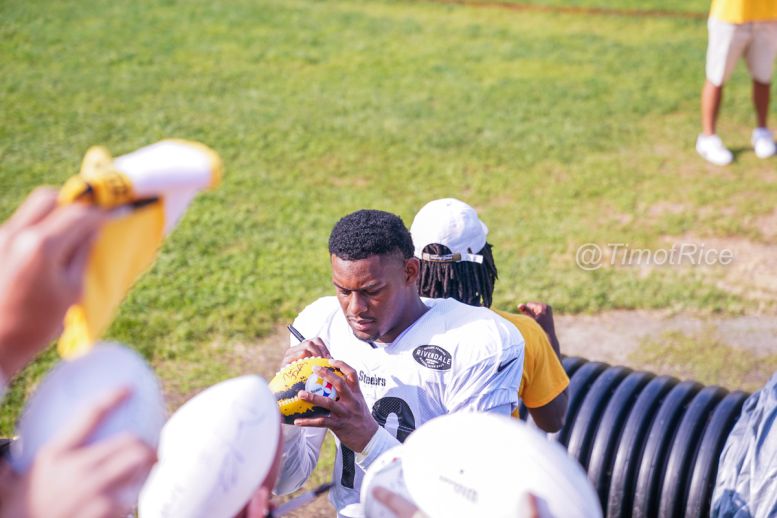 For many, many fans of the Pittsburgh Steelers, attending training camp practices at Saint Vincent College in Latrobe is something of a rite of passage, and an annual tradition. In fact, the majority of their fans living today cannot recall a time that they ever held training camp anywhere else…since it’s been over a century since that last happened.

In fact, the Latrobe practices have become a fundamental and integral part of our annual coverage of the team here at Steelers Depot, particularly with the thorough practice report write-ups that Alex Kozora has been churning out for half a decade now. The photography of Tim Rice during this time continues to be used to this day…including at the top of this article.

It’s a valuable experience for us, and for you readers, but especially for those who regularly attend, and for the local community, and for Saint Vincent College itself. This offseason tentpole will be absent this year, and that will be felt, as Jeff Himler examined for the Pittsburgh Tribune-Review.

“We look forward to the Steelers and Steelers Nation returning to campus next summer and we pray for the health, safety and success of the entire organization as they prepare for the upcoming season”, he quoted Father Paul Taylor of Saint Vincent as saying.

He also spoke to a Unity resident, Kathy Leachman, who relayed her own experiences and connections, noting that her son works in food services at the college. “It brings a lot of business to the area”, she said, noting that a lot of people, Steelers fans, plan vacations around this trip to training camp. “It’s one of the things that put Latrobe on the map, along with Mister Rogers and Arnold Palmer.

Many Steelers fans make it an annual tradition to attend practices. Some try to attend as many of them as possible. There are those who meet up with people that they only see once a year—at Saint Vincent College, to share the experience of watching the Steelers smash their pads together in the shadow of a chapel.

As an organization—more specifically, as a football team—they embrace the opportunity to travel to Latrobe because of the camaraderie and the team chemistry that they believe it aids. It’s one thing to get to know your teammates professionally, but to add that personal level provides intangible benefits that will show up in surprising and profitable ways.

It’s a place full of history, but that timeline has been paused, at least for this year. Both the Steelers and Saint Vincent College have already issued statements committed to resuming their relationship as normal in 2021, but in the meantime, especially for the fans who make it there every year, there will be a noticeable void in their summer schedule.