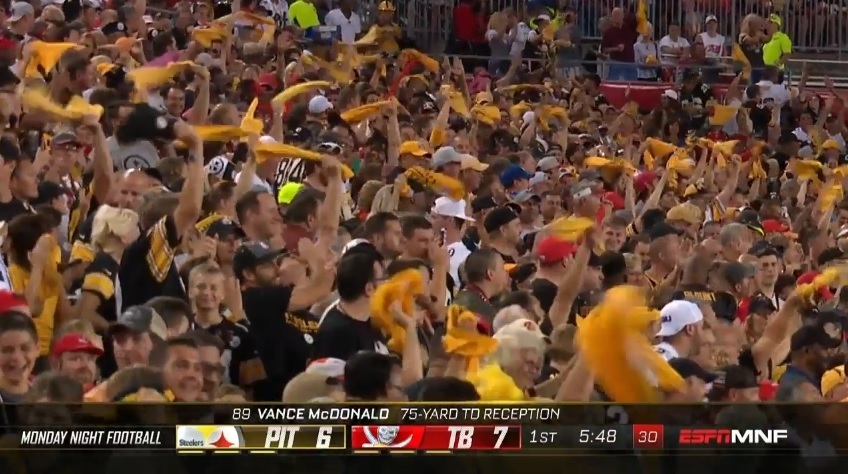 The Pittsburgh Steelers have at least two more minority owners. According to Bloomberg, Philadelphia 76ers co-owners Josh Harris and David Blitzer bought a stake in the Steelers at “less than 5%.” While no official price has been made public, Bloomberg estimates it to cost around $140 million.

From the article, it appears these two are no strangers to investing in sports.

“The deal opens a new chapter for Harris and Blitzer, two of Wall Street’s more prolific investors in professional sports. In addition to the 76ers and Devils, they own Newark’s Prudential Center and the Crystal Palace soccer club of the English Premier League. Most recently, they’ve been exploring a possible bid for the New York Mets.”

Harris and Blitzer investing may be a product of former minority owner David Tepper leaving to become the owner of the Carolina Panthers. Per NFL rules, he could not have a stake in both franchises.

The Steelers are still controlled by the Rooney family, just as they have been since Art Rooney – The Chief – bought the franchise on July 8th, 1933. The cost back then? $2500. Money which, by the way, Rooney did not win at the horse tracks, as many have speculated over the years. Pittsburgh survived the depression years and an early era of pro football that was not nearly as profitable as it is today.

Today, the Pittsburgh Steelers are valued at roughly $2.8 billion. In Forbes’ list of most valuable NFL franchises, the Steelers ranked 14th. The most valuable, according to them, are the Dallas Cowboys, worth a cool $5.5 billion. The least valuable are the Buffalo Bills at *just* $1.9 billion.