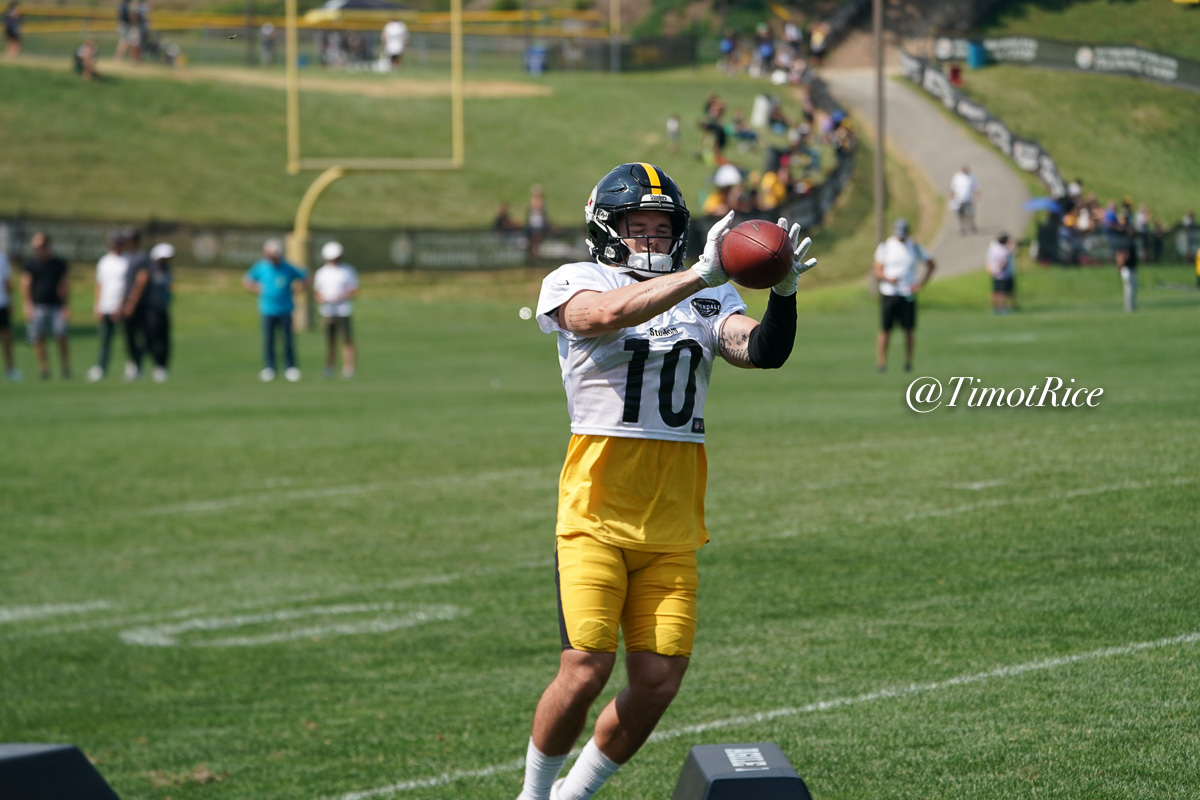 Hate me for this if you must, but yes, this is another positive stock evaluation for Ryan Switzer, the fourth-year wide receiver who amazingly averaged a yards-per-catch figure last season that it would have been a really bad number even for a running back…in yards per carry.

Most have given up on him, even if he had plenty of fans in 2018 when the Steelers first acquired him. Now, it’s true that he has extensively underperformed as a return man. But for obvious reasons, it’s hard to judge anybody in the passing game last season.

The fact of the matter is that he has been closer to Roethlisberger than anybody else since his surgery. He has been the one who has been consistently catching footballs from the quarterback since he began throwing footballs in February. Others have also caught passes with him, but Switzer has been there the whole time.

And that does matter a lot. A quarterback’s relationship with his wide receivers is one of the most important relationships on a football team, and Switzer has assured that he has a great one with Roethlisberger. He’ll want Switzer on the team, and he’ll have trust in the wide receiver.

That doesn’t mean that he is guaranteed to have a roster spot. He’ll still have to perform and earn his way onto the team, make no mistake about it. But considering there are potentially two roster spots open at wide receiver and he’s the most experienced of all the candidates competing for those two jobs, he does have a good chance.

And let’s be fair. There’s no doubt that he can play better than his numbers so last year. Those numbers reflect pure incompetence, and he’s not an incompetent player. He got the very short end of the stick in terms of quarterback play last season, for one thing. And the fact is, there aren’t many slot receivers on this roster anyway.