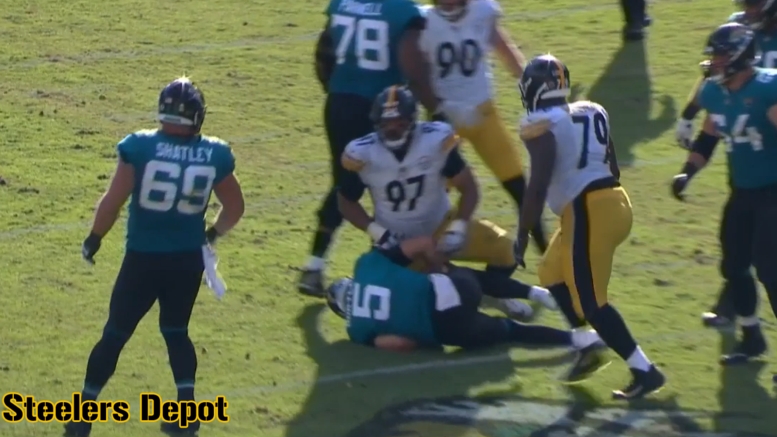 Question: Would choosing Javon Hargrave over Cameron Heyward this offseason have been a reasonable and defensible decision for the Steelers to have made?

This is a subject that came up in the comments section recently, so I thought we could talk about it here as a community. Obviously it’s entirely hypothetical at this point, and there’s no turning back now. Hargrave has $26 million fully guaranteed reasons to be in Philadelphia for at least the next two years out of $39 million in total, so that can’t be helped.

Heyward, meanwhile, is now 31 years old and is abut to receive a whole bunch of money on a contract extension that a number of people are going to say is too much, because he’s going to be paid near the top of the market for his position, and those numbers always look like too much to some people. It will be more than $13 million per season.

If, for example, the Steelers were willing to trade Heyward (and they wouldn’t get much for him—remember, the Baltimore Ravens got Calais Campbell for a fifth) in order to remove him from the books, they could have afforded to keep the younger Hargrave around.

And with Heyward gone, Hargrave would have a lot more snaps to play. After Stephon Tuitt was injured last season, Hargrave logged about 75 percent of the team’s defensive snaps, and he could play more than that—around 80-85 percent. Hargrave is four years younger, so would likely be a more long-term investment than Heyward, going into his 10th season.