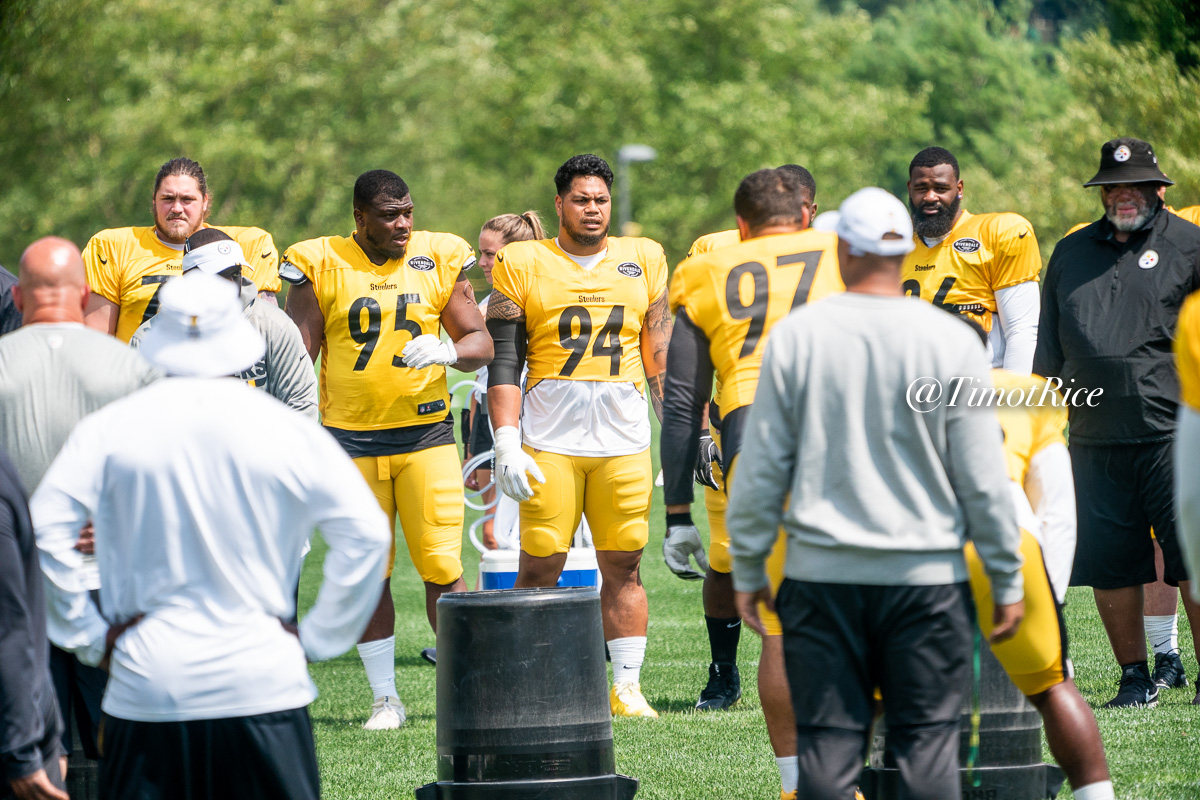 For the first time this offseason, the Pittsburgh Steelers’ decision-makers were asked about their starting nose tackle. In a conference call, after the team’s virtual offseason, Mike Tomlin was asked to evaluate the position after losing Javon Hargrave to the Eagles.

Tomlin cited two names as candidates to replace Hargrave in the middle – Daniel McCullers and Tyson Alualu. But he also made it clear they’re willing to add outside help. Via ESPN’s Brooke Pryor.

Tomlin says he's comfortable with the guys they have at nose tackle, but also not opposed to adding to the position if they find guys who fit Javon Hargrave's old role.

Here’s the full context of what Tomlin said to the media.

“It’s no question that we have some candidates. Obviously, that’s a position that was manned by Javon [Hargrave] for a number of years. Last year he was backed up by Dan McCullers, he’s still on our roster. We’ve added some young men in this process. We have some veteran guys that are nose-capable, like Tyson Alualu. So, we’re comfortable with the men that we have to work with. We’ll sort those guys out and allow those guys to establish themselves within the position. We’re not opposed to adding to that position if we come across some capable men or a capable man between now and then. We’re comfortable with where we are. The big thing is, like Javon displayed, it’s best when you have a nose that is versatile in today’s game.”

McCullers was always going to be a candidate knowing he’s the only player on the roster who’s played nose tackle before. But it’s always been at a backup level, both in play and in pecking order, and there’s no reason to think his productivity will change at this point in his career. Alualu has been the most logical fit of the defensive ends. Kevin Colbert ruled out Chris Wormley after acquiring him while Isaiah Buggs lacks the sturdy run defense to consistently play one tech. Pittsburgh also drafted a nose tackle in 7th rounder Carlos Davis, though his path to the 53 will be difficult.

As Tomlin hinted, there’s a chance the team looks outside the organization later in the year. That probably won’t happen until during or after training camp, letting the front office evaluate the position and make decisions from there. Colbert hasn’t been afraid to make a summer deal.

Tomlin also stressed the need for versatility at the position.

“There’s just not a lot of opportunities for those guys to have impact if they are nose only. That’s what added value to Javon’s portfolio and his performance and career with us. He was also a capable sub package rusher. And so, you know, you’ve got to be versatile. We have some candidates. Within those candidates are guys that are capable of doing other things because that’s just the nature of the position in today’s game.”

The free agency market is thin at nose tackle. Names like Damon Harrison make some level of sense but his age and cost make him an unlikely fit. Trading for a lower level player already on a roster come August is the most sensible direction the team could go. Or they may stand pat with their current group, knowing the Steelers play less “base” defense than they did 10-15 years ago.