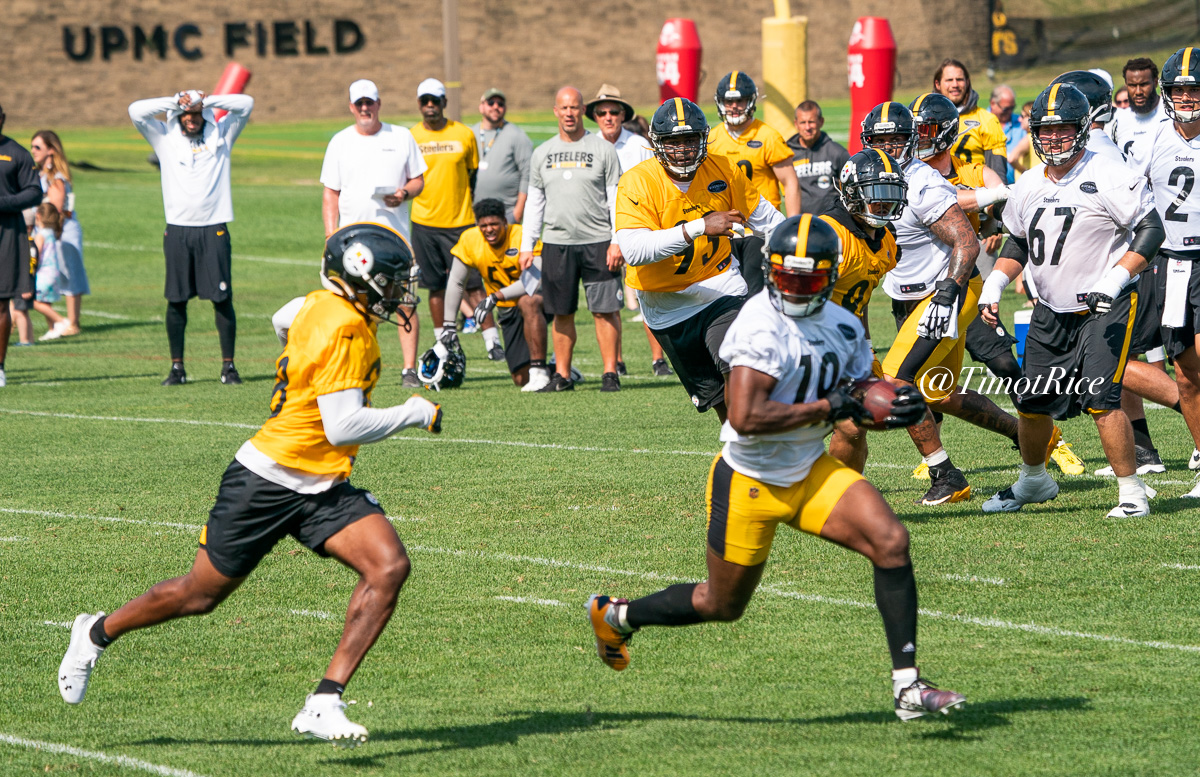 While no one knows what the future of sports might hold during this pandemic, it sounds like Kevin Colbert and Pittsburgh Steelers remain hopeful they’ll be back at St. Vincent College for training camp come late July. Colbert was asked about it during his Sirius Radio interview with Jim Miller and Pat Kirwan Wednesday.

“Nobody is going to short change the circumstance that we’re all living under,” Colbert said. “We’re going to recognize that first and foremost as we should, but I think we’re all optimistic that when things start to open up and, and the virus doesn’t really spike or anything like that, that we can move back to normalcy. Not only for football, but just for life in general. And I know we all want to get up and out. We’re all hopeful that it’ll happen sooner than later.”

Coronavirus has cancelled all in-person spring workouts, rookie minicamps, minicamps, and OTAs, pushing them all virtually over the next few weeks. Beyond that, the league has had little comment on what the future might look like. As of this writing, the league still plans to release its 2020 schedule, as normal, on May 9th.

But there have been reports the league is also planning in case the regular season gets pushed back. Ideas being floated could mean eliminating the bye week and the week between the Pro Bowl and Super Bowl (there would be no Pro Bowl) in order to keep the Super Bowl played in February.

Still, even if the regular season schedule remains the same, training camps could be altered. The Steelers could decide, or the NFL could mandate, teams not travel away from their home city during the summer. Fewer teams are doing that, many are opting to stay home, but Pittsburgh and others have cited the value in getting away from the South Side and traveling to Latrobe. The Steelers have trained at St. Vincent College every year since 1966.

Perhaps the team would still travel to St. Vincent College but not allow any fans to attend, as NASCAR and the MLB are set to do once they resume. Or they could impose strict social distancing requirements. Not allowing players sign autographs on the fence line would be a safe, logical choice.

For the NFL, the good news is they still have a little bit of time. Slowly, the US is beginning to open back up, and there’s still three months until training camp begins. It’s impossible to predict what the world will look like by then, it’s hard to predict what the landscape will be two weeks from now, but hopefully Colbert’s optimism comes true.