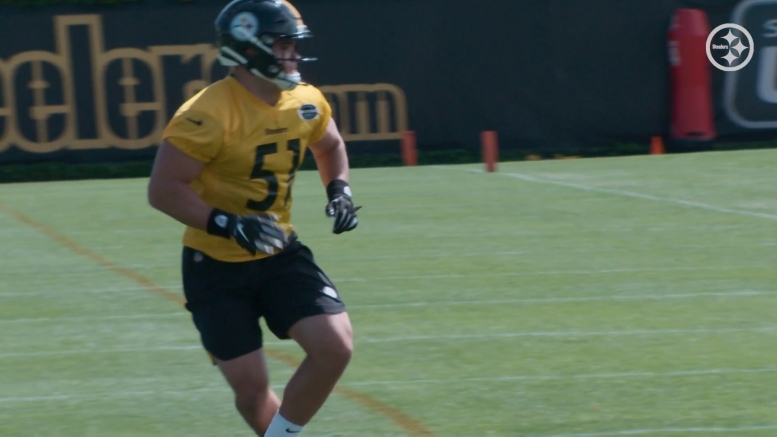 One of the most important factors in rookies being able to contribute right away and to have success while doing it is for their ability to earn the trust and confidence of their teammates. The dynamic of a unit can turn on a dime if all 11 individuals don’t believe that the other 10 know what they’re doing and are capable of doing it.

I can recall a few seasons ago when the Pittsburgh Steelers run defense was really struggling, and Cameron Heyward was none too happy about it. After each game with bad run defense, he kept hammering home his belief that too many players were trying to make plays rather than trusting everybody to do their job.

This is one of the inevitable but perhaps unforeseen consequences of what is essentially social distance-learning a skill to be applied within a group setting: if you’re practicing on your own, even if you’re making progress, the men you’re going to be performing with are not going to see that for themselves.

How, for example, can a player like Kevin Dotson instill confidence in his teammates regarding his ability to be a starter this season before he can even step on the field with them? He can only do so much in his backyard, even assuming that his teammates will have some type of video of whatever he is doing on his own, which, chances are, they won’t.

The same can be said of somebody in Anthony McFarland’s shoes. Running through rope ladders and around cones in your driveway isn’t going to tell the Steelers anything they didn’t already know based on his college tape. Nothing that would increase their comfort level in him playing right away.

Now, that’s not to say that there won’t be time for that. We don’t know if there will be quite frankly, but we don’t know that there won’t be, either. So far as we know, the NFL still plans to have a training camp before the season starts, even if the season has to start late. And that will be the time that rookies will have the opportunity to get on the field and show their peers what they can bring to the team.

That will be without the benefit of having ever even been to the team’s facility before. No on-field rookie minicamp or OTAs, no work with the veterans whatsoever. No work even with their draft classmates, except digitally.

I don’t think many people were expecting much of anything on offense or defense from the Steelers’ rookie class this year—and for the most part, this is a roster that doesn’t necessarily need their immediate contributions, either. Still, this is just another factor this class—for all 32 teams—will have to contend with, including the Cincinnati Bengals with their commitment to Joe Burrow as a day-one starter.