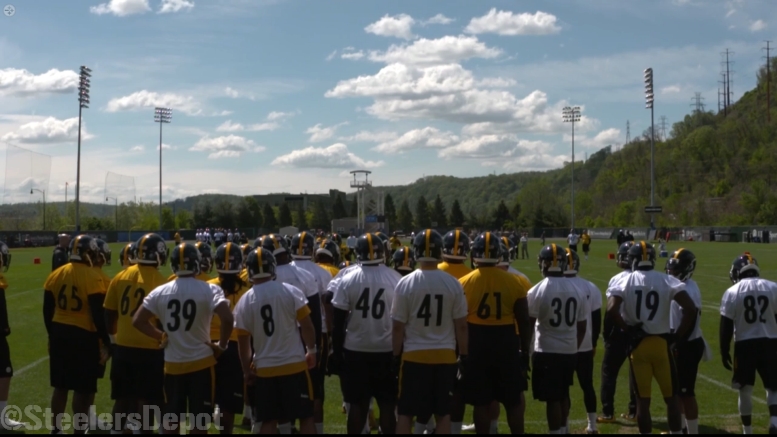 2020 is a year unlike any other. March was a whirlwind. April felt like it lasted a decade. There’s a clear line in the sand, the before and after the coronavirus. That applies first to the global landscape but also to sports. Part of their history book will reflect this time, it will lead off their “decade of” section. It’s fitting the tipping point in all this was when the NBA announced it was suspending its season; personally, that was when I started taking this seriously.

For now, the NFL has been the least affected of the four major leagues. The NBA and NHL halted their seasons while the MLB has postponed the start of theirs. Football was in its offseason, going through relative normalcy during free agency and though the draft was different, was conducted on schedule and had certainly had its charm.

But the NFL is feeling their first tangible change to the schedule. This spring, there’s no minicamps or OTAs. Most teams are trying to conduct something virtually but it clearly doesn’t compare to the real thing.

There’s been another lost element barely talked about.

What should be happening this past and next weekend are rookie minicamps. The building blocks for the draft class, undrafted players, and crucially, a chance for roughly 30 tryout players to come in and compete. They’re not given contracts, just a three day chance to stick to the 90 man roster. But the opportunity is what’s important.

Without rookie minicamps, that’s all gone. And I know there are far bigger problems in the world today but that’s a shame. Kevin Colbert admitted as much last week on Sirius Radio.

“Definitely that group is not going to get the same opportunities that they did it in past year,” he said. “We did find players and I wish there was a way that we could still find a way to get that tryout possibility possible this year.”

Pittsburgh knows as well as anybody the value of tryout players. One of them became the Steelers’ QB last season. Devlin Hodges began his professional career with two tryout offers. One with the Giants, the other with the Steelers. New York offered experience, Pittsburgh offered a contract. He balled out in camp, moved up the ladder thanks to injury, and earned a cult following.

Don’t think Hodges is the only one. The Steelers have multiple examples of guys who’ve had varying degrees of success. Terence Garvin is arguably the most well-known name. Undrafted and unsigned out of West Virginia, he latched onto Pittsburgh and signed out of minicamp. He quickly found himself on the 53 man roster, active on gamedays, and turned that into a six year career, spanning 75 games and four starts. Far from a Hall of Fame career but a successful one given the long odds he faced at the start.

Think back to WR Marcus Tucker. He’s yet to appear in an NFL game but stuck around on the Steelers’ practice squad for three years and found professional footing in the CFL, catching 38 balls for the Hamilton Tiger-Cats last season. These chances create opportunities in the NFL but other leagues too. All exposure is important.

Pittsburgh’s far from the only team either. Most have at least one recent success story. Tampa Bay has a couple in OT Demar Dotson and WR Adam Humphries, both with long NFL careers and contracts to boot. Who can forget about Adam Thielen, one of the most famous tryout players from little-known Minnesota-Mankato, now one of football’s best.

Yes, most tryout players come and go. That fact shocks no one But all are given a chance. One that doesn’t exist right now.

Here’s what I propose. Assuming training camp goes on, even if it’s altered (pushed back, no fans, whatever), expand the roster size. By at least ten, bumping it from 90 to 100, and mandate that only players who are considered rookies or first-year players are allowed to be signed. That will allow for another 320 players to be given the opportunity to make it in the NFL. These would be signed contracts, not tryouts, and perhaps the league could create a cutdown from 100 back to 90 partway through the preseason, just like the old “cut to 75” that existed a decade ago. That better reflects the come-and-go nature of tryouts and eases any concerns over rosters being too large, not allowing for some players to get enough reps.

I’m not attending law school to figure out how this can be done within the structure of the new CBA but considering the worldwide pandemic we’re in, and the win-win nature for the union and clubs (union gets more players to have a chance, teams get more players to evaluate, more chances to find a gem), it should be an easy exception to create.

These types of players, undrafted and tryouts, are the most disenfranchised of them all. They get chewed up, spit out, bouncing around team to team, tryout circuit to tryout circuit, for very little pay. Most don’t care, chalking them up as “camp bodies” – you know I hate the term – who don’t matter. But these guys matter and some would’ve gone on to play on Sundays.

Another Adam Humphries, another Adam Thielen, another Devlin Hodges is out there. Maybe not in Pittsburgh, but one of those tryout guys were going to make a roster and stick around.

This year, they won’t have the chance to be found.