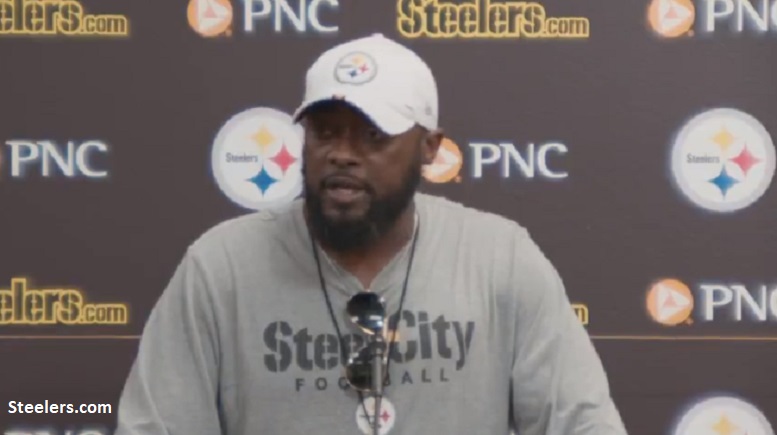 The Pittsburgh Steelers, despite having gone over a decade without securing a championship, have been one of the most successful franchises over basically any period of time you want to come up with going back to the merger and the common draft era. They have the most Super Bowls, the second-most playoff wins, I believe the most regular season wins, second in division titles. They’ve been very good, and they are still good, even with bumps in the road.

For the fanbase, however, or at least large and vocal segments of it, every season that doesn’t end with the hoisting of the Lombardi Trophy is a failed season. That’s the same approach that head coach Mike Tomlin takes, although he would probably argue that it doesn’t require a regime change the way many fans do.

Tomlin recently talked about the Steelers’ passionate and vocal fanbase while sitting down with John Calipari recently. “They don’t care about the labor pains, they just want you to deliver the baby”, he said. “But I subscribe to that. That’s our job, to spoil these fans, to get them fat and sassy, and I love that. I appreciate the atmosphere that expectations bring”.

Heinz Field may not be known with the same regard as the 12th man in Seattle or in going to play in Kansas City, but it is still a place that has its atmosphere, and one that opposing players are able to appreciate when they walk into the stadium.

“I love that feeling when you walk into a full arena”, Tomlin said. “That’s why I had to get down there too. It’s an unbelievable environment, you feel the tradition. I like that. That inspires me. It’s pressure that comes with these positions, but that’s a beautiful thing”.

Now entering his 14th season as the Steelers’ head coach, Tomlin has won one Super Bowl, has participated in two, and has advanced to the AFC Championship Game three times. He has a career 133-74-1 record in the regular season, and an 8-7 record in the postseason, having won six division titles.

Still, the Steelers have only won at least one playoff game in four of his 13 seasons, most recently having won two games in 2016 to advance to the AFC Championship game. They also won one game in 2015, and two in 2010, winning three in 2008 when they won the Super Bowl.

To many fans, obviously, going into more than two thirds of your seasons without winning a single postseason game is not enough, and Tomlin surely hears these criticisms. At least publicly, he says that these criticisms fuel him and keep him driven, reminding him of the understanding that, essentially, he agrees with them. He has to do better. Because the standard is the standard, and the standard is winning championships.