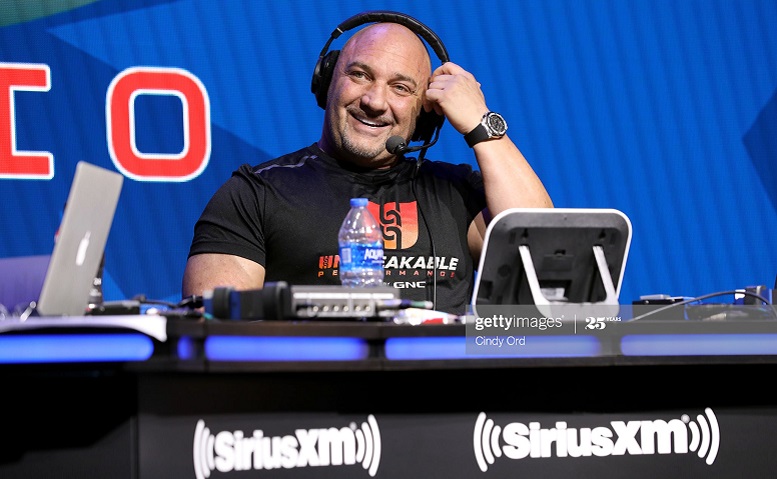 FOX NFL insider Jay Glazer created quite a stir this past week with some comments he made about Pittsburgh Steelers quarterback Ben Roethlisberger and his past offseason conditioning efforts during a chat session on The Athletic. In case you missed those comments and the original question that Glazer was asked, you can read that in the attached tweet below. On Thursday, Glazer was a guest on The Jason Smith Show and he was asked to explain the comments he had written about Roethlisberger. First he talked about what led to his comments about Roethlisberger and what he wrote.

“You know, someone asked me in The Athletic and they asked me about something with Ben and I think fitness,” Glazer said. “I’m like, ‘Hey, let’s not use the term fitness with Roethlisberger.’ And I started going over his fitness, which is true. But nothing I said, by the way, was false. A good offseason for Ben Roethlisberger had been maybe a hot yoga session. I’ll never forget when he’d tell, ‘Oh, I had a great offseason, did hot yoga and then golf and beer.’ And that’s pretty much a great offseason for him. But Ben’s different. Listen, he’s a Hall of Fame quarterback. There’s no taking that back. And I’m not saying he wasn’t. He’s not exactly Jack LaLanne, though, let’s be honest, people. And all the people or ripping me over it.”

Glazer went on to say that he and Roethlisberger recently talked to each other after the quarterback’s agent, Ryan Tollner, called to say his client was upset because people were thinking he’s not rehabbing his elbow properly.

“Ben is, and he is, he’s getting after it and I told him I’m proud of him that he’s getting after it so much rehab-wise,” Glazer said of his recent conversation with Roethlisberger. “He Is. He’s working out, he wants to come back and play and be at a better level. And sometimes you have to have a big setback to get you to kind of kickstart you in some areas that you need improvement. And, yes, fitness has never been his thing. He’s gotten away with it. But everybody’s killing me, like, I never said he wasn’t rehabbing the elbow, he definitely is rehabbing the elbow and not with yogurt, golf and beer. He’s actually doing it real.”

Glazer then went on to talk more about the call between himself and Roethlisberger and how the quarterback is indeed doing everything he’s supposed to be doing this offseason when it comes to the rehab of his surgically repaired elbow.

“I make fun of Ben all the time and he makes fun of me,” Glazer stated. “It’s a locker room. We get after each other. But he was honestly upset by this and I credit him, too, that he called me back about it, or that he reached out. Because he reached out and then we talked about it. As a man, if you’ve got an issue with somebody, you call him. That’s why I called him. He called me back and we handled it and we hashed it out. And yeah, he’s like, ‘I am rehabbing.’

“He’s rehabbing his butt off and I think it’s the level that Steelers fans would want him to rehab. I know it is, because I’ve known Ben for a long time. And Ben and I have had our things in the past. Ben and I get after each other and sometimes I get a little trigger happy wanting to get after Ben. And I can tell when he’s passionate about something and he’s definitely passionate about his rehab.

“So, if you guys are going to tweet something out this time, you say I talked to Ben Roethlisberger. And It’s the first time I’m saying this. I talked to Ben today, he is definitely passionate about his rehab. And my comments about him was more poking fun at him for what he’s done in the past. He’s really getting after his rehab and good for Steeler fans and good for him.”

So, there you go. Glazer stands by his claim that Roethlisberger hasn’t exactly been a fitness guru in previous offseasons when it comes to his training. He and Roethlisberger, however, have now talked to each other about the comments made in The Athletic this past after the quarterback was getting criticism from people who were thinking he isn’t rehabbing his elbow properly. Roethlisberger, according to Glazer, is very passionate about his rehab and doing everything he can to not only return in 2020, but potentially be an even better quarterback in the process.