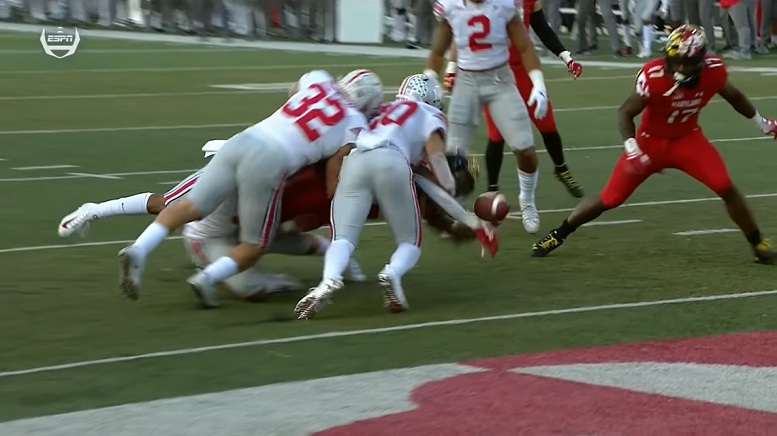 When doing full evaluations on the players that the Pittsburgh Steelers drafted this year, it’s important look deep at the bad on tape just as we do the good. It’s part of the evaluation process that needs to be done so we have a very good understanding at where each player stands as they enter their NFL career. When it comes to running backs, that means we must examine all college fumbles. I recently did just that with new Steelers running back Anthony McFarland Jr., the team’s first of two fourth-round selections this year and bellow are my findings.

In total, McFarland fumbled just four times in his two seasons at Maryland on his 280 total touches of the football. three of those fumbles came during his 2018 freshman season while the other one came just last season. Of those four fumbles, only one was lost to the opposing team. One other, however, was recovered in the end zone for a touchdown and that happened in McFarland’s huge 2018 game against Ohio State. The three fumbles in 2018 also came in consecutive games.

All four of McFarland’s career college fumbles are contextualized below along with a video compilation of them. The final one, the fumble last season against Purdue, came at the end of a nice catch and run. Quite honestly, it certainly looks like McFarland might have been down prior to the football coming loose and thus the ground may have caused the fumble.

While one fumble every 70 touches isn’t as bad as the ratio that former Wisconsin running Jonathan Taylor enters the NFL with, it still needs to improve. At the very least you would like to see the ratio be at one per every 125 touches. We’ll see if the Steelers can help McFarland continue to improve his fumble ratio like he did in his final season at Maryland.