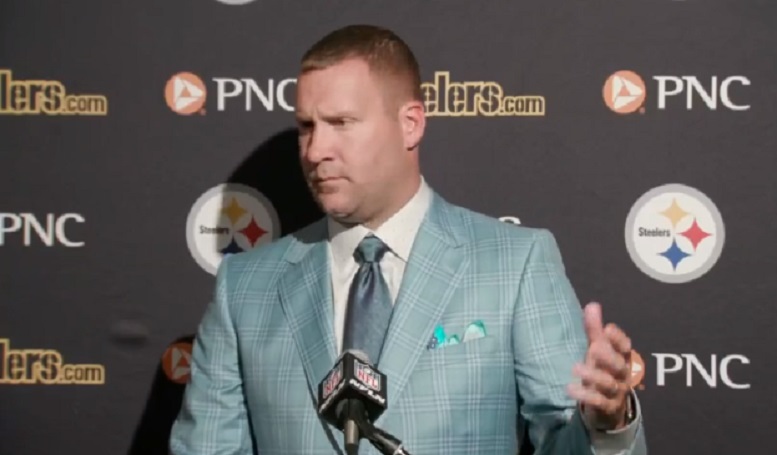 Pro Football Focus continues to count down its list of the 101 best players from the 2010s, by their evaluations. Through the first 51 players, five players who spent either the bulk of their career or the beginning of their career with the Pittsburgh Steelers were included, namely Cameron Heyward, James Harrison, Le’Veon Bell, Emmanuel Sanders, and Troy Polamalu.

In yesterday’s installment, which brings us down to 25, we have one more Steelers inclusion, with future Hall of Fame quarterback Ben Roethlisberger checking in on the list at 37. For what it’s worth, Russell Wilson and Matt Ryan so far are ahead of him—Ryan was even ahead of Wilson. Sam Monson wrote of the Steelers’ quarterback:

At his best, Ben Roethlisberger was up there with the very best quarterbacks in football, but his ability to consistently be in the “next group” of passers even when he wasn’t at his very best is what’s kept him this high on the list and kept the Steelers contending for so many years. He went six straight seasons with an overall PFF grade above 80.0, and it wasn’t until last year’s cameo performance — before an injury ended his season — that we saw him post a grade lower than 75.0.

For the most part, PFF has long been a fan of Roethlisberger’s. I believe there was even one year in which they had him graded as one of the two best quarterbacks in the league. But his more recent uptick in turnover-worthy throws has seen his play take a bit of a hit in their eyes.

He also posted a record of 84-45-1 during the decade, in spite of the fact that the Steelers failed to win the Super Bowl. They did reach one, and went to the AFC Championship game twice, making a total of six playoff appearances with four division titles. They finished second in the AFC North another five times.

Despite the lost 2019 season, Roethlisberger remains in the top 10 all-time in most passing statistics. During the 2020 season, he could potentially eclipse 60,000 passing yards, with an outside shot of reaching 400 touchdown. He currently needs 37. His career-high is 34.