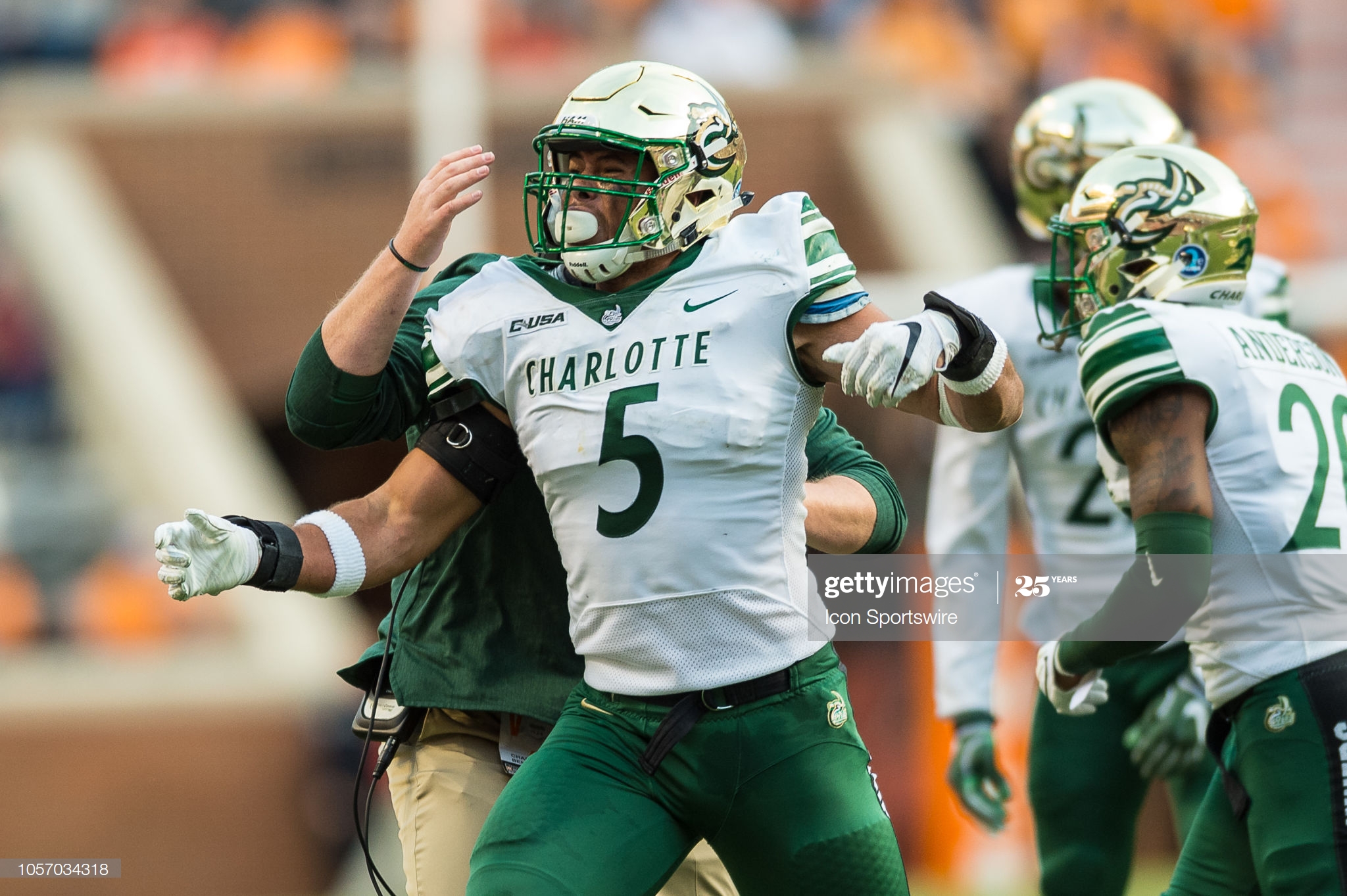 During the 2019 season, neither T.J. Watt nor Bud Dupree missed a game for the Pittsburgh Steelers, and it translated into the second-most prolific pass-rushing season for an outside linebacker duo in team history, behind James Harrison and LaMarr Woodley during the 2008 Super Bowl run. So that all went according to plan

Each of them saw career-high snap counts, as well. That, apparently, wasn’t necessarily the plan. And the plan to make corrections now includes Alex Highsmith, the team’s third-round pick out of Charlotte during the 2020 NFL Draft, who looks to come in and provide a pass-rushing upgrade over the previously-released Anthony Chickillo as the number three edge rusher.

He comes to the AFC North at a time when the division is stacked with Heisman Trophy-winning quarterbacks, now with each of their opponents helmed by one: Baker Mayfield for the Cleveland Browns; most recently Joe Burrow for the Cincinnati Bengals; and most notably to date, reigning MVP Lamar Jackson, who is threatening to take the Baltimore Ravens back to the Super Bowl in a hurry.

That’s just fine with Highsmith, and especially in the case of Jackson, with whom he has a bit of history, something that he briefly mentioned during his teleconference with the media soon after he was drafted last week.

“This is going to be awesome to play against great caliber quarterbacks”, he said when aspect about the prospect of facing so many young quarterbacks of pedigree. “I’m excited to get after them. I remember it was our freshman year, we played Louisville, and Lamar Jackson smoked us. So, hoping to get some revenge here soon. So just can’t wait to be able to lay against these AFC North teams. So I just can’t wait to get after them”.

Smoked might even be an understatement. In that game back in 2016, Jackson’s Louisville team won by a score of 70-14. He completed 17 of 23 pass attempts for six touchdowns, and ran for two more himself. He threw for 286 yards and ran for another 119.

That would prove to be his best season statistically, with 30 touchdown passes to nine interceptions, rushing for 1571 yards and another 21 touchdowns. That was the year that he won the Heisman, beating out, among others, Mayfield, who would win it the following year.

As for Highsmith, after being allowed to play on the perimeter during his senior season in 2019, he exploded with 15 sacks, and he also had 22 tackles for loss among his 75 total, along with two forced fumbles.

Those are the kinds of numbers that get a small-school player noticed on Day Two of the draft, becoming the third player drafted out of Charlotte—though oddly also the lowest-drafted. The highest pick was Browns defensive tackle Larry Ogunjobi, taken 65th overall in 2017, according to Pro Football Reference.