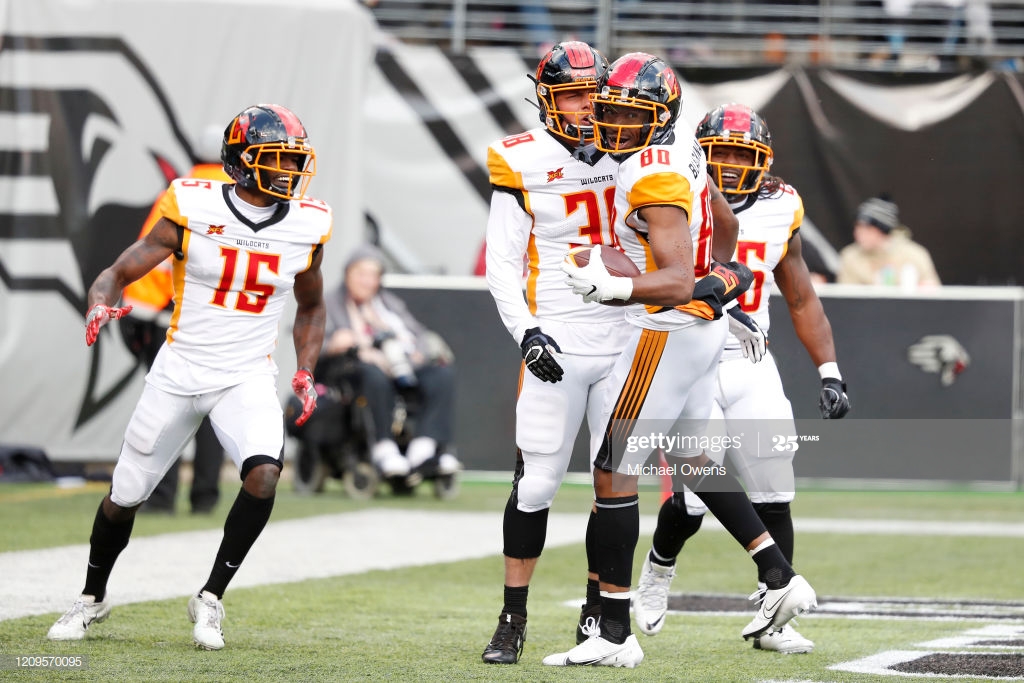 If you’re feeling lucky and wanting to call your shot of a training camp sleeper no one is talking about, Saeed Blacknall is your guy. Wide receiver always produces fierce summer competition but Blacknall has the athletic profile to make noise in Latrobe.

Blacknall came out of high school as a top, four-star recruit, a New Jersey product staying relatively local while still playing college football on a big stage. But he never panned out quite as expected. A low-volume, big play threat who always seemed to play third or fourth fiddle in Penn State’s offense.

For his career, he recorded just 50 receptions. The good news is he made the most of those chances, averaging just shy of 20 yards per catch and finding the end zone once every seven catches. A career line of 50 grabs, 979 yards, and seven scores. I’m generally loathe to post highlights but this is a cutup of all his TDs. You’ll sense a common theme – run fast, run far, hit paydirt.

Still, the low productivity caused him to go undrafted in 2018. Oakland signed him as a UDFA and in the preseason finale, he had a run-and-catch 45 yard score, using his size to bounce off the safety and walk into the end zone.

He made the practice squad and earned a one-week call-up to the 53 but was sent back down for the rest of 2018. Blacknall wasn’t able to make it to the 2019 Raiders’ camp, cut in July and claimed off waivers by Miami. The Dolphins waived/injured him in August and quickly released him with a settlement.

After spending a month with Arizona in December, he made his way to the XFL as a Los Angeles Wildcat. His first catch? Big Play Blacknall struck again, hauling in a 42 yard score against New York.

Before the league folded, he finished with a very Penn State stat line: 4 catches, 120 yards, 2 touchdowns. Low-volume but big plays.

And that’s what he’s going to bring to Pittsburgh. He’ll win deep and his size and toughness can allow him to fend off cornerbacks trying to take him down 1v1. Similar to Deon Cain, his height doesn’t stand out in a very tall receiver room (he’s one of six WRs standing 6’0+) but in a practice environment where size and speed often win out, Blacknall might become a camp darling with a chance to finally stick.