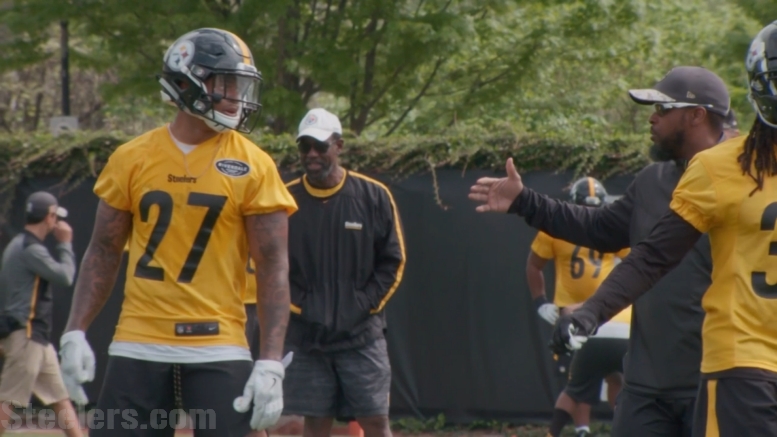 While much of the focus of the reporters’ questions to Pittsburgh Steelers head coach Mike Tomlin and general manager Kevin Colbert during their pre-draft press conference was centered around the complications and difficulties presented by preparing for a draft amid a viral pandemic, they were not worried about that.

Particularly for Tomlin, his focus was on what happens during the offseason after the draft, after you select players. What do you do with them next, when you can’t bring them in, they can’t travel, you can’t work face to face?

“I guess my focus now is on the welcoming and the development of the guys that we’re gonna draft, and what that’s gonna look like or not look like”, he told reporters. “Drafting is just the beginning of the process. How we develop these men, not only as players but into our team and this community, is something that we take personal pride in and work very hard at”.

While it doesn’t always work out, the Steelers are among the teams who most look for a certain ‘type’ of player, one who can buy into the ‘Steelers Way’. Sometimes during a draft broadcast they might make a pick and the analysts will say something like, ‘that’s such a Steelers pick’. It even influences their mock drafts. It’s certainly something that is readily acknowledged.

They may know what types of players they’re looking for, even if it may be more difficult to identify them this offseason, but there’s no doubt that the more uncertain part of the equation is how to deal with these players after you pick them, because we still have no idea what the offseason is going to look like in terms of on-field and in-facility work, if there is any.

“These present circumstances are going to change the look of that”, Tomlin said of the offseason process. “My attention is probably moving in that direction in terms of rookie orientation looks like, and how do we get to know these young men and help them grow and develop under present circumstances”.

He did allow that that is getting ahead of themselves a bit, though, because you need to have the players first. “That’s a few days away”, he said. “We’ve got to draft ‘em and acquire ‘em first, and I’m comfortable with the direction that we’re head in terms of that”.

While they barely got to any Pro Days and couldn’t bring in anybody for pre-draft visits, the team still managed to talk with an estimated 125 prospects, with about a third of them coming via FaceTime ‘pre-draft visits’.

Some of the information they are working with from some prospects who were not at the Combine and did not have Pro Days is limited, but they have made do with what they can, and will simply have to make the best decisions they can based on what they know. As will the 31 other teams.