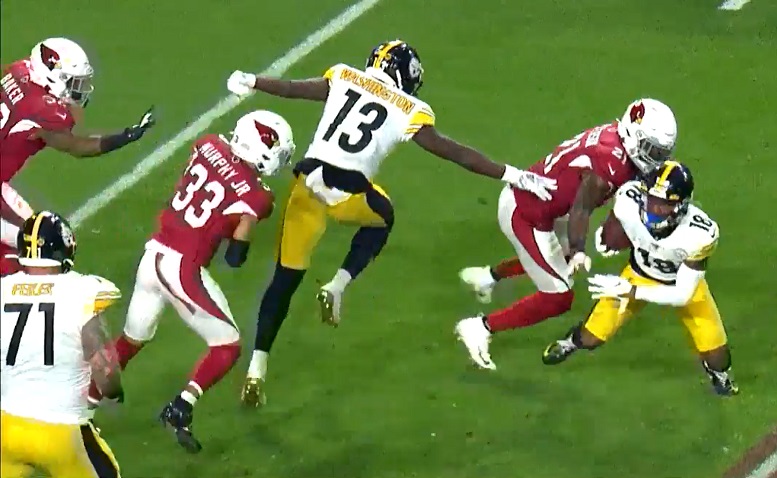 Pittsburgh Steelers wide receiver Diontae Johnson had a very impressive rookie season in 2019 as the team’s first of two third-round selections caught 59 passes for 680 yards and five touchdowns. His 59 receptions led all rookies in 2019 as well. Not only that, Johnson also tied for the league lead in another stat as well.

Slippery after the catch pic.twitter.com/FdSHciyzzu

Was Johnson really that elusive as a rookie? A quick run through the all-22 tape shows that PFF’s stats are correct.

Below is a video compilation of all 18 of Johnson’s forced missed tackles from his 2019 rookie season for all to watch.