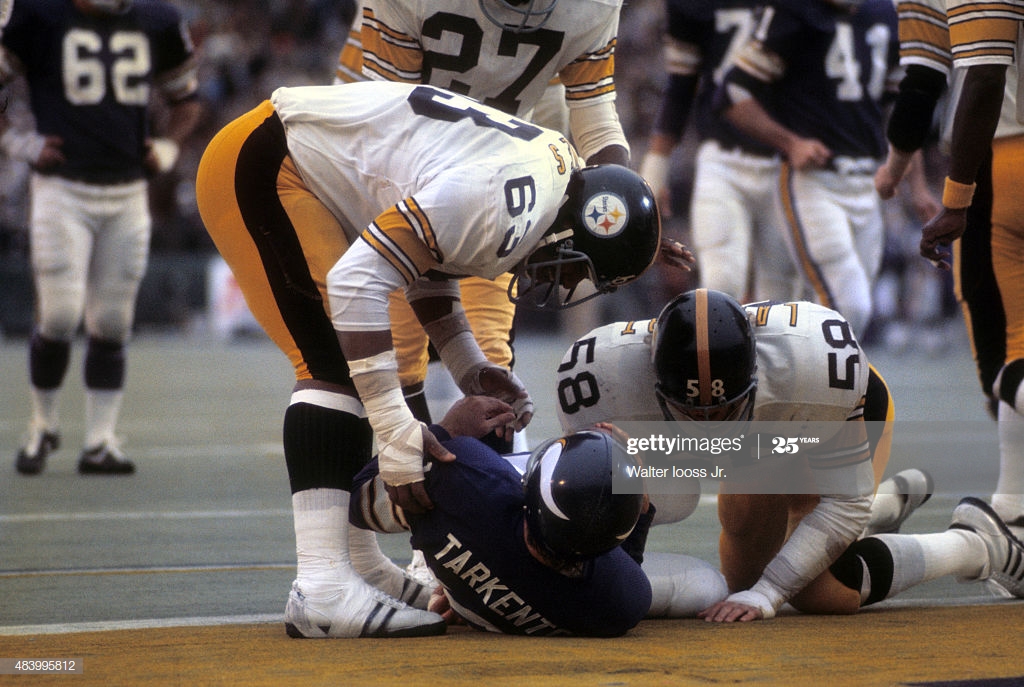 Looking for the greatest draft hits of the Pittsburgh Steelers over the past five decades? Top of the charts, number one in your hearts?

Then look no further than Steelers Depot where we started dishing out hot vinyl with the Ninth Round (plus) in our prior article. Now we’re at number eight…and the truth is…it ain’t great.

The eight round (and beyond) of the draft disappeared in 1994 as a result of a players lawsuit lead by Hall of Famer Reggie White that resolved itself with a new Collective Bargaining Agreement. (Yes…the dreaded CBA). It made free agency…well…really free…and in the process for better or worse made true NFL dynasties much more difficult to thrive (although there are some folks in Boston who would disagree).

It also left us with slim pickings since our list only goes back to 1969 (okay…I stretched out 50 years a wee bit) which was essentially the beginning of the Steelers transition to greatness. That’s why Rocky Bleier (15th Rd – 1968) didn’t make the prior list.

To be clear, this list doesn’t include ANY undrafted free agents. That’s a whole different story. And, for players to be considered on these lists, they had to spend their prime years playing for the Black and Gold.

But enough with the small talk…let’s lace them up and get it on:

Ernie Holmes, who was known as “Fats” to his teammates, was perhaps the least decorated of the players who made up the front four of the 1970’s all-world Steelers defense (back then they ran a 4-3 and the Steel Curtain only referred to the defensive line). But, he was as tough and feared as the rest. He was once quoted as saying, “I don’t mind knocking somebody out. If I hear a moan and a groan coming from a player I’ve hit, the adrenaline flows within me. I get more energy and play harder.” This intensity followed him off the field where he once fired shots at a police helicopter.

Holmes was a force against the run and would literally destroy opposing linemen. His career with the Black and Gold was cut short because of weight problems (and Coach Chuck Noll’s insistence on fit, committed players) but that didn’t keep Holmes from checking in as the heavyweight of all time Steelers eighth round draft picks. His post NFL years saw him settle down as a pastor of his own church, but sadly, he died in a tragic car wreck at age 59.

This local Penn State graduate entered his rookie camp as a fan favorite and retired years later as one of most cherished players of 1990’s. Perry was an overachiever who made up for his lack of speed with a superior intellect, precision coverage angles and a huge work ethic. He partnered with Carnell Lake for an elite safety combination and covered for Rod Woodson’s Achilles Heel of quarterback pump fakes on a number of occasions. His canniness allowed him to collect 32 interceptions in his career as well as leveraging it into a successful career as an NFL coach (including stints with the Steelers).

A punter makes this list? And one that split his career in Minnesota? Well…this is the eighth round after all. And Newsome ended up having a heck of a leg. In fact, his 84-yard boomer was the longest in the history of Three Rivers Stadium. This would have rewarded him with even more accolades here…had it not been for the fact he was wearing purple when he kicked it.

How is it possible to make the Steelers Greatest Draft Hits as…a back-up? Because Loren happened to be the back-up for Hall of Fame Steelers linebackers in the 1970’s. This included filling in admirably for all time great Andy Russell due to injury in Super Bowl IX. Surviving eleven seasons as an eighth round pick on a roster as talented as the one he played on was enough to get him props here.

Van Pelt makes the list only on sentimentality…because he hailed from the University of Pittsburgh and was the last eighth round pick the Steelers ever had. During a time when the Steelers were trying out ballboys for the starting quarterback position fans were outraged when he got cut at the end of his rookie pre-season. He ended up landing with the Buffalo Bills where he enjoyed a long career as a quality back-up.