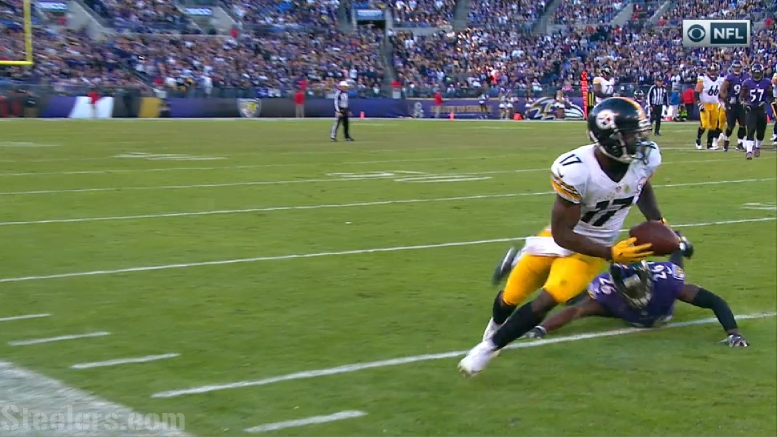 Eli Rogers first came to the Pittsburgh Steelers as a rookie college free agent out of Louisville in 2015. He spent his rookie season on injured reserve, the team choosing to keep him there all year long, after he suffered a foot injury before the pads had even come on during training camp.

Thanks to Martavis Bryant getting suspended and then an injury for Markus Wheaton, Rogers was instantly thrust into a prominent role in the offense in 2016 after making the team. That season, he caught 48 passes for 594 yards and three touchdowns.

Things would go downhill from there. He lost his job to JuJu Smith-Schuster in 2017, a year that saw him finish up with a torn ACL. He would only return for the final three games of 2018, and he failed to make the team in 2019. He ended up playing for the DC Defenders in the XFL earlier this year, a league that saw its season cut in half during the COVID-10 pandemic. He also lost his mother shortly before making his debut.

Things could be going better in Eli Rogers’ world right now, as he tries to find another opportunity in the NFL amid a worldwide pandemic, during which he has no opportunity to travel for workouts with teams. Perhaps that has something to do with his reflective mood recently. He took to social media yesterday to express his appreciation for the continued support of Steelers Nation.

Ever since I was released last September, Steeler Nation has showed me an insurmountable amount of love that I wasn’t aware of. I mean, I’ve literally gotten thousands of direct messages from my fans. Yes, I read them all. ‼️If you would like to see me back in the League Drop a Golden Heart 💛 I’m trying to see something.

That’s over on his Instagram page. On his Twitter feed, you’ll see a few select messages he has retweeted, highlighting plays that he’s made that fans have pointed out or appreciation expressed.

Rogers was probably the 54th man on the roster last year, with the Steelers choosing to go with Ryan Switzer and Johnny Holton to round out their wide receiver depth chart, waiving him at the end of the preseason.

Unfortunately for him, I believe if the Steelers had any intention of a reunion, it would have happened by now. I’d still like to see it happen, because I think he should have been on the roster last year. They certainly could have used him, especially amid all the injuries.

Ever since I was released last September, Steeler Nation has showed me an insurmountable amount of love that I wasn’t aware of. I mean, I’ve literally gotten thousands of direct messages from my fans. Yes, I read them all. ‼️If you would like to see me back in the League Drop a Golden Heart 💛 I’m trying to see something.