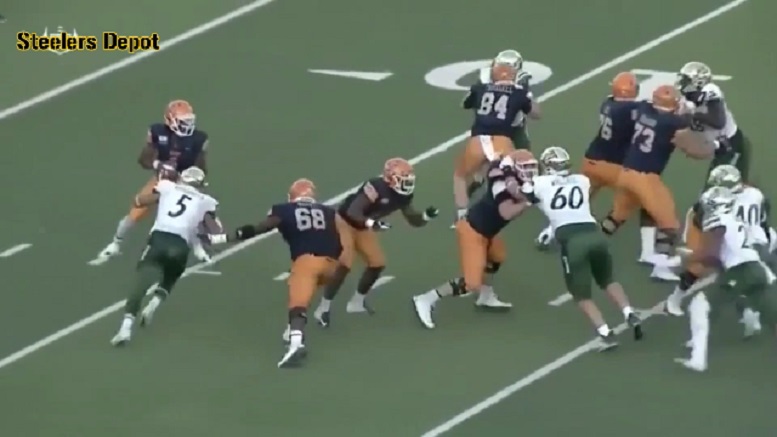 The Pittsburgh Steelers selected Charlotte edge-rusher Alex Highsmith in the third-round of the 2020 NFL Draft on Friday and since then we’ve been scouring his tape to learn as much as we can in a short period time about him. As part of one of our many early breakdowns of Highsmith’s college tape, I present to you a contextualization of his sacks that he registered in 2019.

In total, Highsmith, who measured in at the scouting combine earlier this year at 6031, 248-pounds with 33 1/8-inch arms and 9 1/8-inch hands, was credited with 14 sacks in the 13 games he played in last season. He registered at least a half a sack in nine of those 13 games and had 4.5 sacks in Charlotte’s final regular season game against Old Dominion. Of the 14 total sacks that Highsmith registered in 2019, 12 of them were full sacks. The other sacks were half sacks, of which he had four of those.

Highsmith started off the 2019 season with a half a sack against Gardner-Webb. However, that half a sack was a result him helping give chase to a quarterback who ultimately ran out of bounds. While Highsmith did register one of his 14 sacks last season against Clemson, that came as a result of the backup quarterback escaping the pocket to his side.

Quite a few of Highsmith’s sacks from this past season included him winning the outside edge. The good news is that he registered sacks doing that from both sides. He showed some good hand usage on a few of these sacks in addition to some nice bend.

In total, we currently have access to 10 of Charlotte games from the 2019 season so excerpt even more breakdowns of Highsmith’s play in the coming weeks.