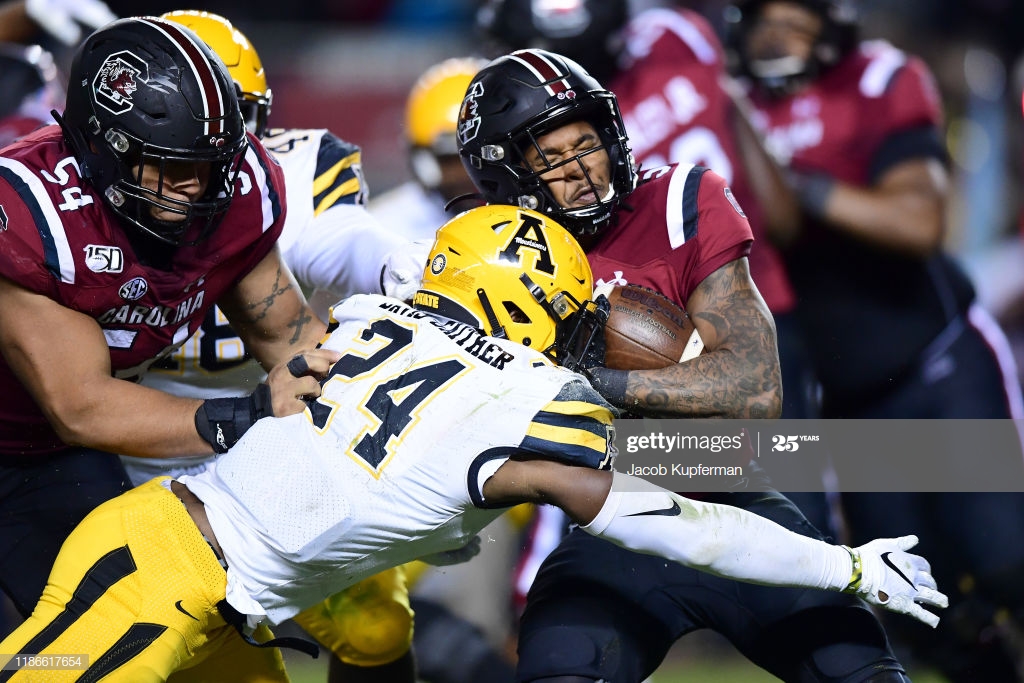 CBS has unveiled their latest seven round mock draft, a labor of love that’s certainly worth checking out. Author Ryan Wilson has the Pittsburgh Steelers going wide receiver and linebacker on Day Two, getting two quality athletes to kick things off.

In the second round, he has the team taking Arizona State WR Brandon Aiyuk. Here’s his short explanation for the pick.

“Aiyuk is a four-down player who is only scratching the surface on his abilities. He’ll stretch the field, making life easier for JuJu & Co.”

His draft profile paints a high variance player with lots of highs and lots of lows. He can also help in the kick return game, averaging 32 yards per kick in 2019 while chipping in a punt return. Wide receiver isn’t the Steelers’ biggest need but it’s a sensible selection here.

Wilson has Pittsburgh flipping over to defense in the third round, taking App State’s Akeem Davis-Gaither.

“Davis-Gaither shows up all over the field. He’s undersized for an NFL linebacker but he’s a hybrid-type player who defensive coordinator Keith Butler could have a lot of fun with.”

Davis-Gaither is one of my favorite prospects who shined at the Senior Bowl. Undersized at 218 pounds, but he’s a fantastic athlete with quality instincts and hit power. Pittsburgh released Mark Barron and lost Tyler Matakevich, creating an opening at inside linebacker.

In the fourth round, he has them taking two more defensive prospects.

“A raw pass-rushing prospect with a lot of upside.”

“Strowbridge got people’s attention at the Senior Bowl. He’s slightly undersized to play NT but he’s a player many NFL teams view as on the rise.”

Couple of Senior Bowl prospects. Pittsburgh showed interest in Hightsmith, who dominated his senior year, and could use some depth behind TJ Watt and Bud Dupree. Strowbridge had a good week in Mobile but he’s not a nose tackle and doesn’t solve the Steelers’ problem there.

In Round Six, he has them taking a running back, selecting Maryland’s Javon Leake. Wilson writes:

“Leake has low mileage on the tires but he is a legit home-run threat every time he touches the ball.”

In only three years with the Terps, Leake carried the ball just 142 times but averaged 7.9 yards per carry and a whopping 17 touchdowns. His production is likely too low for the Steelers and he showed almost nothing as a receiver, just ten receptions in his college career.

Finally, in the 7th round, he has the team addressing offensive line with Oregon’s Jake Hanson.

Hanson is a solid run blocker and one of several Duck offensive linemen eligible in this year’s draft. So to wrap up, here are the Steelers’ selections.

Not the worst mock I’ve ever seen but the fact the team didn’t address safety, waited until the 7th round to take an offensive linemen, and still didn’t tackle nose tackle properly are all red marks. Let us know what you think in the comments below and I’ll again leave the link to his entire mock draft. Kudos to Wilson for enduring the seven round, league-wide slog.