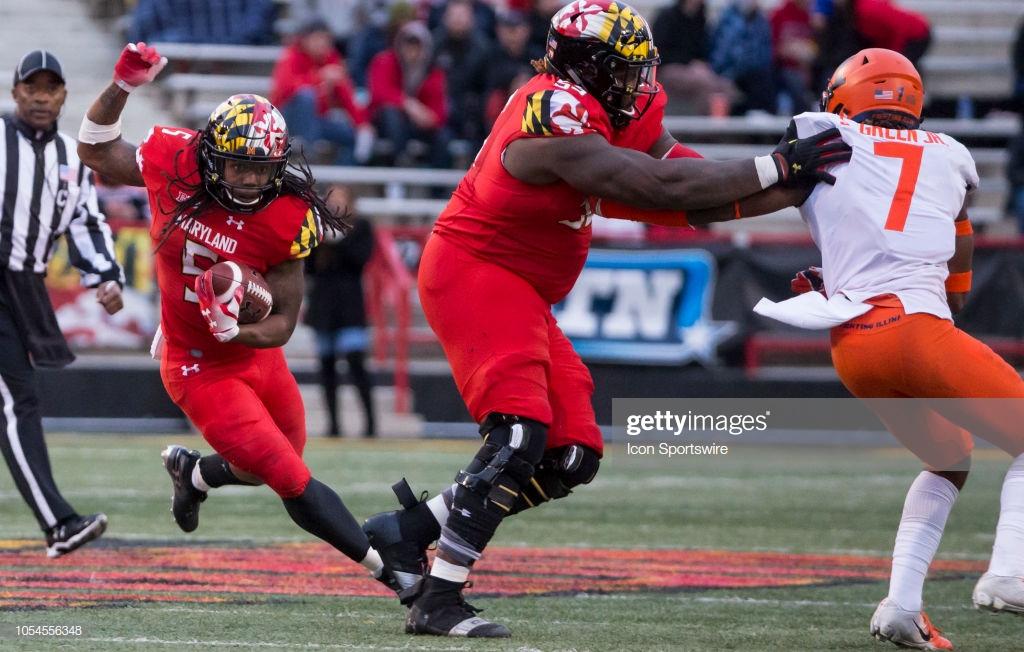 Lightning in a bottle is tough to capture but if you have the chance to harness that special ability, you go out and do it. That must have been the thinking when the Pittsburgh Steelers selected Maryland running back Anthony McFarland with the first of their two fourth round picks.

McFarland will bring an electric, game changing dynamic that the Steelers’ running back room lacked. He showed it at Maryland as he was a threat to go the distance anytime the ball was in his hand. In just two seasons of work, McFarland put up over 1600 rushing yards while averaging 6.7 yards per carry. As impressive as that was, the running back thinks the best is still yet to come as he believes he could be a true weapon, not only in the run game but also as a receiver.

The former Maryland running back totalled just 24 receptions in college but the running back is itching for an opportunity to show that he could be a true mismatch as a receiving option as well.

“I didn’t really get to show that in college. I know that’s something I can do. At the end of the day, it’s just about proving that I can be one of those guys. Christian McCaffrey, Alvin Kamara, guys who can do it all — line up in space, be mismatches, all of those things like that,” McFarland told Charles Goldman of Chiefs Wire.

McFarland’s road to the NFL Draft has been a tricky one. He impressed at the NFL Combine, running a 4.44 40-yard dash but according to Bob McGinn major character concerns began to surface. Still, if there is a philosophy that he follows it is that better days will always come.

An opportunity for better days will come in the coming years as McFarland will have a chance to shut out any mention of character concerns and prove his worth as a pass catcher. If there is one-character trait that remains consistent throughout his career, it is perseverance as he has battled back against two significant injuries.

In 2019, he suffered an ankle injury that negated him from putting up the same numbers that he had in 2018. An injury can be a detriment to any college prospect but McFarland is not in the business of making excuses. While still addressing how the injuries hindered him, he chose to accept the cards he was dealt with.

“Getting injured in the second week against Temple and just trying to play out through the whole season. I wasn’t able to move like I wanted to. I wasn’t able to make explosive cuts and big plays like I wanted to. But like I said, it’s part of the game. Things happen. At the end of the day, it is what it is,” the former Maryland back told Goldman.

This would not be the first time that McFarland dealt with a serious injury. In high school, he broke his fibula. It was an injury that would cost him his entire senior year but once again, McFarland revealed that it was family and a belief that God would bring better days that pushed him forward.

“Definitely my family (supported me) and really talking to God at night. I talked to (God) every single day, praying for better days. That’s all I used to say everyday. I used to wake up in the morning, I would have a thing on my wall at home that I wrote and I look at it in the morning and it’s just like go get it every single day. Praying for better days, I always say that to myself. i feel like my family, my mom and dad and just everybody around that really been supporting me and telling me that better days are coming,” McFarland said on Hear The Turtle podcast in September 2018.

While he may not have had a chance to prove his worth as both a runner and receiver at Maryland, McFarland will now have the chance to do so with the Steelers. With his electric playmaking ability, the Steelers are hoping to have captured lightning in a bottle and McFarland is hoping to show that better days are indeed coming for a team that struggled to run the football last season.