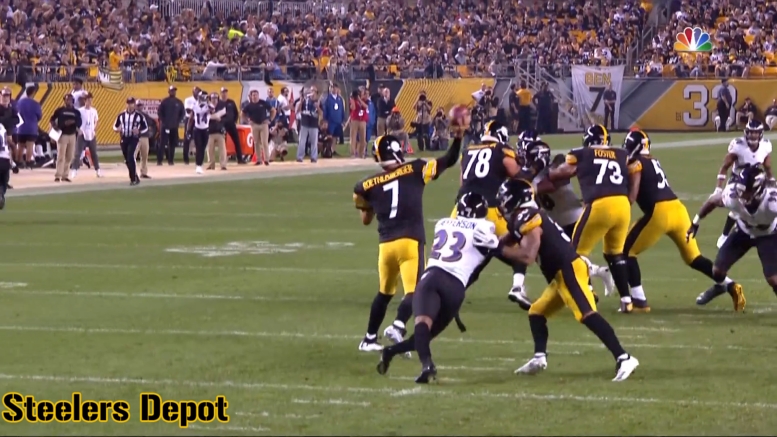 Question: Who is the best quarterback in the AFC North?

Note: for simplicity’s sake, I’m just going to use images of Steelers for the cover photos of these articles. That doesn’t necessarily mean I’m arguing they’re the best.

We’ve still got more time to kill before the draft is here, so I thought over the course of the next week and a half or so we could take a look at the players in the AFC North, going by position, and taking an informal poll to see what the community thinks of each.

As is pretty much always the case in such position-by-position discussions, we’ll start with the quarterback position. I do think this will be somewhat interesting. Who is the best quarterback in the AFC North heading into the 2020 season?

Joe Burrow is not even in the league yet and obviously hasn’t played a down. Baker Mayfield is not going to get any first-place votes. So it comes down to the Steelers’ Ben Roethlisberger, who is coming off of an elbow injury, and the Baltimore Ravens’ Lamar Jackson, who was the league MVP last year and threw more touchdown passes than Roethlisberger ever did in a single season. Will this be a landslide in favor of Jackson, even on a Steelers site?

The best argument against Jackson is that, while it wouldn’t be accurate to call him a ‘system’ player, the Ravens did build an offense around him that allows him to be a playmaker, and a lot of that is on the ground. Baltimore had almost as many rushing yards as passing yards last season. Jackson still has room for improvement as a passer and decision-maker.