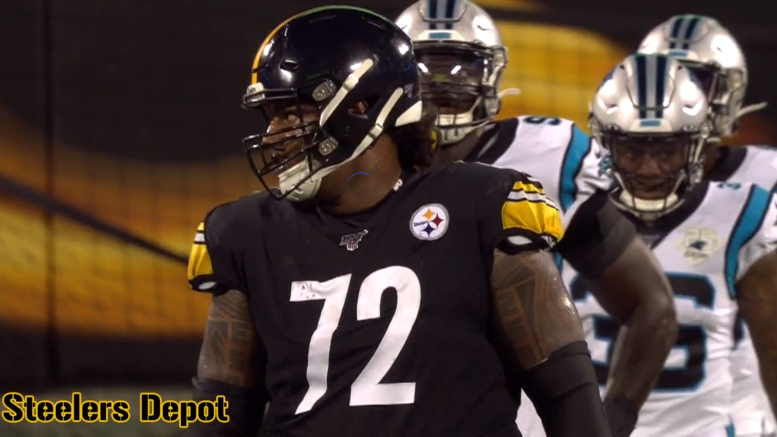 #72 will be reporting eligible to Heinz Field in 2020. Zach Banner has re-upped with the Steelers. He tweeted the news in the only way he can.

Banner functioned as the team’s 6th offensive linemen last season. While he never started a game at offensive tackle, he started one game as the extra linemen and played a total of 222 offensive snaps.

His role could expand come 2020. If Matt Feiler shifts to left guard to replace the retired Ramon Foster, Chukwuma Okorafor will likely battle Banner for the starting right tackle spot.

Banner’s been able to revive his NFL career after nearly falling out of the league due to weight struggles. But he slimmed down in Pittsburgh, losing 80 pounds, and climbing up the ladder into seeing serious playing time this past season.

He’s become a fan favorite and cult hero for his large personality, the lore of reporting eligible, and his “blocking” on kneeldowns.

His goal is to be something much more than just a good story. Pittsburgh will give him that chance next year.