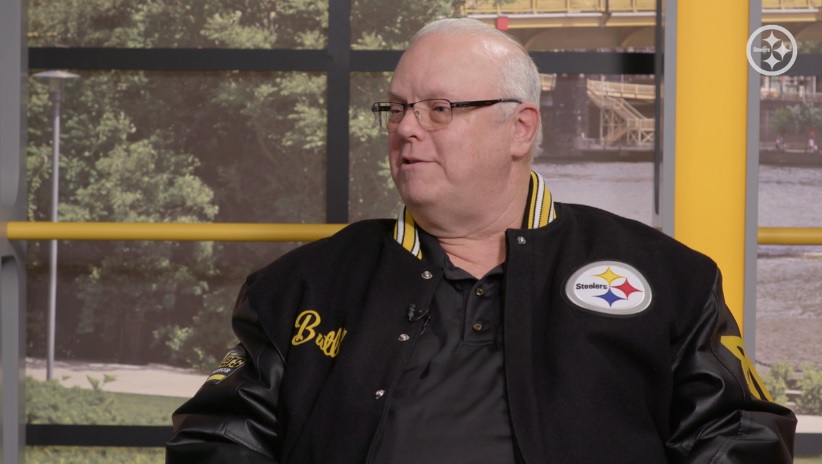 I think fans know, or at least can surmise, the basic job of a pro or college scout. A pro scout studies the NFL, watching other games to create a rolodex of names for cutdowns, waiver claims, trades, and free agency. A college scout studies the college game, creating reports on upcoming prospects for the draft.

But what is a BLESTO scout? Steelers’ area scout Mike Butler, sitting down with Stan Savran on Steelers.com, described what that job entails. Butler’s father was Jack Butler, a Hall of Fame Steeler who ran BLESTO for more than 40 years.

“Chidi will go out in the spring when we’re working on the draft and he’ll do the spring work. In the fall, he’ll evaluate the players he pointed out to us in the spring and then he’ll do work for us as the fall winds down. a BLESTO scout will get more involved with his teams up to the Combine. As Pro Days start, they start back working on next year’s guys. So they’re doing a little bit of both in the spring.”

BLESTO is one of the two major league-wide scouting programs all teams collect data from. It’s a way to get a jumpstart on future classes, as Butler points out, with the BLESTO scout often keeping an eye towards next year’s class. For example, with it being Pro Day season, those scouts are working towards the 2021 crop and attending junior pro days to get a baseline level of who the scouting department should monitor this fall.

And yes, Chidi Iwuoma is the Steelers’ BLESTO representative and I promise that’s only partly why I’m writing this article.

The name “BLESTO” originates from the teams who originally comprised the organization. Bears-Lions-Steelers-Talent-Organization. There are more teams than that today, 12 in all, but the catchy name has always stuck. The other league-wide scouting organization is National, which most of the rest of the league is part of.

Mike Butler’s dad ran the BLESTO from 1963 until his retirement in 2007. And to hear his son tell it, it was one of his greatest joys.

“I don’t think he loved anything as much as he did playing other than his faith and family. But he loved BLESTO. He loved his scouts…he had his own group of scouts. They were all accountable to him. He paid their salaries. He just loved it and they were a great group of guys.”

Jack Butler was inducted into the Pro Football Hall of Fame in 2012, famously giving the shortest speech ever at three minutes, 42 seconds. He would pass away in 2013 but he – and his family – were grateful he was alive to be inducted.

“He probably took more joy out of seeing [his family’s] excitement. He was a simple man…he was happy with his faith, his family, and his job. And that was good enough for him.”